Analysts were worried at first but eventually agreed that there’s no need for that, as most of the processes will probably continue as planned after Abe’s departure. Either way, this doesn’t change the fact that the process of Japan getting its first integrated resort is long and drawn out. The country has been taking it slow, wanting to make sure that the regulations are well-defined.

Abe held a press conference recently, where he discussed reasons for his departure, with the main one being his deteriorating health. Therefore, he felt that he couldn’t fulfill his role anymore, setting the stage for someone new to fill in his shoes. However, his address to the public also included discussing some other topics. He stated that he would like to see some of the issues come to an end after his departures, such as friction with Russia and North Korea and the end of the Covid-19 pandemic.

Despite him being talkative during the conference, he didn’t actually address the IR topic. However, he definitely stated that all policies that his party has started would “gain greater momentum for their advancement and more towards becoming realized.” In other words, the designating Prime Minister pointed out that his party and successors are going to continue to move Japan in the same direction, which also includes continuing the IR process.

According to the experts, LDP is still the most popular party in Japan, with no real opposition. Therefore, even if the IR process slows down a bit, it will not be overturned in any way. The Managing Director of a constancy Bay City Ventures, Joji Kokuryo, stated for Inside Asian Gaming that the IR process “is already a national policy that has passed through the houses and has been enacted.” In other words, if a new party comes, which is highly unlikely, they will have to come up with a new law that would nullify the previous one.

Shinzo Was Pushing for IRs

Even though nobody can stand in the way of the IR process, Shinzo Abe was the real force behind the idea, continuously pushing the procedure forward. Therefore, the worst that can happen is that the new Prime Minister wouldn’t be as optimistic about IRs and wouldn’t pay as much attention to it. On the other hand, Abe’s expected successor is Yoshihide Suga, who has been one of the key people to execute Abe’s policies. If Suga becomes the next Prime Minister, the IR process could only speed up as much as possible. 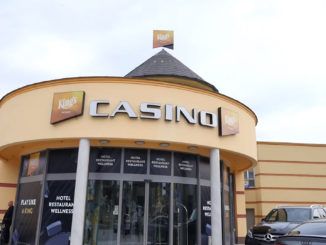