Playing poker online in France was officially made legal April 6th 6 2010 when the French Parliament passed a resolution that legalized online gambling. However, the law did create some stipulations on where poker players could legally play, and how much tax they’d pay on winnings.  To enforce the law, France blocked its residents from visiting any poker sites that do not end in a .fr extension.

All legally operating poker sites operating within the French market must have a license issued by ARJEL. Since 2012 ARJEL has been issuing poker licenses to applicants that wish to offer poker play to residents of France on the Internet that are able to meet new French gambling regulations as well as pay the price of licensing.

Most popular poker deposit methods are available to residents of France, that includes, eWallet’s, Instant Banking options that work as a seamless bridge between the players bank account and their poker account, deposit vouchers like Ticket Premium and Ukash,  as well as credit cards, check’s, prepaid cards, and money transfer services. 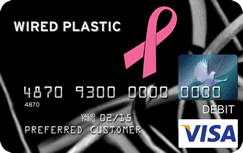 Playing Poker in at Poker Clubs in France

With nearly 200 licensed casinos operating within France, there are plenty of places to play poker in the country. The majority of poker rooms are located in Paris, Toulouse and Reims.

The Aviation Club de France is located at 104 Champs-Elysées 75008 Paris, France. The poker room is steeped in poker history especially because it’s one of the first places to ever host the WPT outside of the United States.  The poker room at ACF holds 20 + poker tables and is available to players 24 hours a day, 7 days a week. 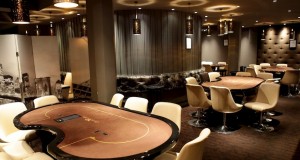 7 Casino in Amnéville is located at Parc de Coulange, Rue de l’Europe, 57360 Amnéville, France. The poker room features 10 poker tables and a regular tournament schedule. Cash games are available every day from 18:00 to 1:30 Sunday through Thursday and until 2:30 on Fridays, Saturdays and eve of public holidays.

This event is held in the fall each year at the Aviation Poker Club in Paris France. The 2012 main event’s prize pool reached $2,094,467.

This World Poker Tour event is held annually at the Amnéville Municipal Casino in Amneville France.

The EPT Deauville is played in France each year at the Resort of Deauville in Normandy. In 2013 the event is scheduled take place from January 30th through February 9th.  Season 9 of the EPT Deauville is set to be merged with the France Poker Series this year, which will provide players with a 10 day schedule jam packed with more than 40 poker tournaments.

France was the 1st country outside of the United States to host a World Poker Tour Tournament event. The event was held in Paris France at the Aviation Club. This was back in 2003, when poker really wasn’t all that prevalent in France. In fact, during that time, there was just one poker table available at the Aviation Club.

France has come a long way since that time, in fact, in 2011; the country became the new home of the WSOPE.

2012 by Cathy Roberts AKA LadyHoldem