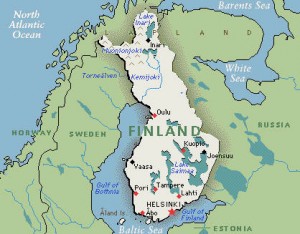 The most popular online poker sites for Finnish players are PokerStars, Power Poker, and Party Poker, and of course the countries domestic poker sites.

There are of course good and bad sides to playing at a domestic only poker site. With the largest negative being the severe decrease in player volume when compared to a poker site that operates in the international market.

There are quite a few methods of deposit available to Finnish residents including those below:

Those players using Skrill are able to fund their Skrill accounts free of charge using one of the following local payment methods:

Finnish poker players are able to play poker tax free so long as they’re playing at a poker site that is licensed and regulated licensed within of the European Union. What that boils down to is this: Poker sites licensed by the Isle of Man, like PokerStars.com can offer play to players in Finland, however, those players would be liable for paying tax on any winnings, and the tax is actually pretty steep.

If players from Finland login to PokerStars.eu however, which is licensed and regulated by the government of Malta, then Finnish, and Swedish for that matter, players pay tax free. They’re still playing on the PokerStars network, they’re still earning the same VIP points, they’re just going to a different URL to download their poker software. 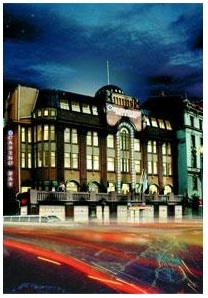 The Game of Courchevel – An Omaha Poker Variant

Each player must use exactly two of their hole cards to create the best possible 5-card poker hand. Then, the first community card is dealt, before any betting begins!

The Game of Soko – A 5 Card Stud Poker Variant

The game of Soko, which is also known as Canadian Stud or Scandinavian Stud is played at the Casino Helsinki in Finland. Basically, Soko is played exactly the same was as Five Card Stud is played, but with a little twist. There are two new winning hands added to the hand rankings for 5 Card stud. One of these is a 4-card flush and the other a 4-card straight. Two pair, in a game of Soko, beats a 4-card flush, which beats a 4-card straight.

The new hand varieties add bit more action to the game, or so say the natives.

Dealers Choice is probably one of the most fun ways there is to play poker. Many of us played poker like this as kids. At The Grand Casino Helsinki, each player in turn gets to choose which version of poker they’d like to play when the choice comes around the table to them.

If you plan to play poker here, be sure you’re carrying your passport, as everyone is required to show identification upon entry. You might also want to comb your hair, as your photograph will be taken up entry, as will your coat, regardless of your preference.

The PAF Casino – Located within Åland 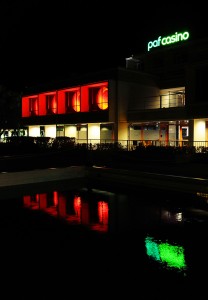 There are three different varieties of poker available at PAF Casino in the Arkipelag Hotel in Åland:

Playing Crazy Pineapple is very similar to playing Texas Holdem. However at the start of each hand, players are each dealt 3 cards instead of the 2 you get when you’re playing holdem. Then after the flop is dealt, each player discards one of their hole cards. At this point you mentally have to make the decision to chase or not to chase, to go with the solid hand you have, or try for something different. It’s called “Crazy” but it does require some extra thinking.

The most popular way to play poker is still via a laptop or desktop computer, however, mobile poker is quickly gaining in popularity all over the world. We will be listing more popular options for Android-powered smart phones, iPhones, iPads and other tablets in the near future as we gather more information for them in Finland.

If you’re in Finland and looking for a mobile poker option, PokerStars is probably the most well made, and easy to set up choice. On top of being the best online poker site in the world, they also offer amazing support, quality software and the biggest selection of cash games and tournaments ANYWHERE.

PokerStars offers mobile poker for iPhone and Android mobile users as well as options for a multitude of netbook options. Just set up an account and download via your smartphone or tablet and you’ll be well on your way to playing cards via your mobile device.

The only legal places to play poker in Finland are at the casinos within the country. There aren’t any smaller poker rooms, and any home gambling would be considered illegal. Playing poker online is legal in Finland, so long as the player either pays taxes on their winnings, or plays at a legally licensed entity approved by the Government.