Lakers Try to Recover From Loss

The Lakers are coming off a 107-99 loss to the Memphis Grizzlies at home on Sunday night. Lebron James led the way with 22 points, 14 rebounds, and 7 assists. Brandon Ingram was the next highest scorer with 20 points, and Ivica Zubac poured in 19 points in a start with JaVale McGee out. Kyle Kuzma and Josh Hart both scored 11 points, and Kentavious Caldwell-Pope added 10 points in the loss. The Lakers will have to shoot a lot better if they want to have a chance against the Warriors. They went 33% from the free throw line and were miserable from the free throw line, shooting 68%.

The Warriors are coming off a nail-biting 129-127 victory over the Los Angeles Clippers at home on Sunday night. Stephen Curry and Kevin Durant dominated in this game. Curry drilled 6 three-pointers and went 12 for 22 from the field en route to a 42 point performance. Durant went 10 for 19 shooting and poured in 35 points of his own. Okay Thompson had a poor shooting night, scoring 12 points on just 4 for 15 shooting. Draymond Green added 14 points, and Kevon Looney scored 10 points to go along with 7 rebounds off the bench. The Warriors shot just 45% from the field and 35% from three-point range but made 31 free throws which propelled them to victory.

The Warriors are incredible at home and are 15-3 in the Oracle Arena on the season. They rank 1st in several offensive categories and are 1st in the league in offensive rating but are 14th in defensive rating. The big three have been the main source of offense for the Warriors this season and are the only three Warriors averaging double digits in scoring. Steph Curry paces the team with 29.2 points per game. Kevin Durant is not too far behind with 29 points per game. Draymond Green is one of the most valuable players on the team but only scores 7.3 points a game. However, Green leads the team in rebounds and assists with 8 and 6.7 per game, respectively.

The Warriors come in at -9. The Warriors will be able to score at will like they have all season long. However, the Lakers have been a good offensive team this season as well. Both defenses are average, but I think Lebron will be able to keep this team close as he will want this game bad. Take the Lakers and the 9 points in a game that should be close throughout. 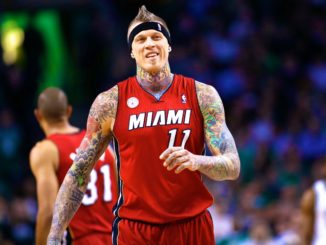 NBA News and Notes: An Ode to the Birdman 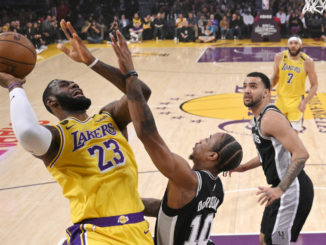 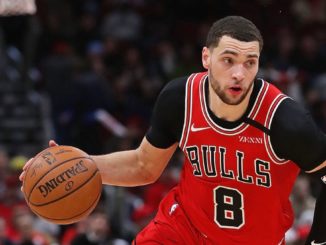