The Chicago Bulls hit the road to take on the Boston Celtics on Monday, with Chicago looking for its first winning streak since before Christmas. The Bulls are coming off a win over Detroit on Saturday and can win two straight for the first time since Dec. 21. Boston is also coming off a win, having scored 140 on New Orleans on Saturday.

A team badly in need of a front office overhaul and a new coach, the Bulls have seen their season go on without any hint that these changes are coming. They do not have a great record and have gone several months without Otto Porter Jr. Wendell Carter Jr. is joining him on the shelf for at least four to six weeks after suffering an ankle injury on Thursday.

Now the team turns to rookie Daniel Gafford, who is averaging 1.3 blocks in just 13 minutes per game. This could be a blessing in disguise, seeing who the center should be among the youngsters.

Boston, on the other hand, snapped out of a recent skid by pouring in 140 points against the Pelicans over the weekend. Jayson Tatum dropped a smooth 41 points in just three quarters of action to lift his team to the win.

The Celtics have been as hot as any other team to this point in the year and will be hoping to dominate this highly inconsistent Chicago bunch. Enes Kanter continued to play well, adding 22 points and 19 rebounds against New Orleans.

The spread for Monday night’s game favors Boston by 9.5 points. The over/under is set at 215.5 points.

The Bulls have one of the best scorers in the league in Zach LaVine, who is still yet to be recognized as an All-Star. His recent hot stretch has his averages for the year now sitting at 24 points, five rebounds and four assists per game, as his shooting splits are 43 percent on field goals, 39 percent on three-pointers and 83 percent on free throws.

Lauri Markkanen has underwhelmed in his third year but is still a solid scoring option when the team needs somebody else to come in and be productive. In Gafford, the Bulls finally have consistent rim protection, with Thaddeus Young and Coby White adding scoring punch off the bench. The weirdest part of this team has been Kris Dunn’s transition from point guard to small forward.

The ability of White to come in and bring instant offense will be a key part of Chicago’s chances of winning. He and Tomas Satoransky will both need to play well along with LaVine Monday night.

If the Celtics play 90 percent as well as we saw against New Orleans, they should be able to come away with this win. It will be a good chance to get Gordon Hayward going, as he has struggled to be a takeover player in this offense since coming back from injury. He moves the ball well and scores within the flow but is capable of so much more.

Tatum and Jaylen Brown can go to work at any time, as can Kemba Walker. It would be great for Hayward to look to be more aggressive in creating his own looks in this contest.

The Celtics will need to hold LaVine under 35 Monday night, as he can be lethal when he gets hot. There is nobody else to be overly worried about.

A win for Boston knocks the Bulls to 14-27. It will be a good night for Brad Stevens’ guys. 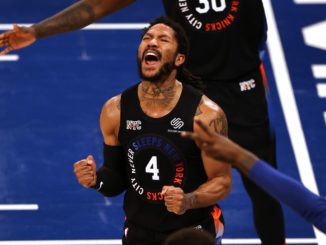 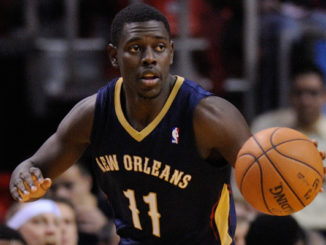