Well, this series is going to bring a lot of excitement. These two teams are currently slated to face each other in the NL Wild Card game. If the Cardinals can take care of business the next few days, they can go a long way toward securing their playoff spot, and possibly stealing home field for the one-game playoff.

With the Rockies just 0.5 games behind St. Louis, they MUST win tonight.

What a year it has been for the Brew Crew, impressing us at every turn. The HR Derby did not seem to mess up Jesus Aguilar’s swing, as he’s got 33 HR’s and 104 RBI’s, powering the team to great success. NL MVP hopeful Christian Yelich has hit for two cycles, and is batting .321 with 32 HR’s, and 98 RBI’s, and you can see why the Marlins valued him so highly. Wade Miley has led the starting rotation with an impressive 2.32 ERA in fifteen starts, while Josh Hader has struck out 138 batters in 78 innings of relief. Nuts.

The Brewers will send Gio Gonzalez to the mound for his fourth start since being acquired from the Nationals. In 16 1/3 innings, he has allowed just three runs on eight hits, striking out eighteen batters, while walking seven. He allowed just two hits, pitching six scoreless innings against the Reds in his last outing. He is a good addition to this team, who will pay dividends moving forward.

Fighting for their playoff lives, the Cardinals really need to treat every game as a win-or-go-home situation. Just 0.5 games up on Colorado for the 2nd wild-card spot, they do not have room to breathe. Jose Martinez has continued to swing the bat well, while Matt Carpenter has slowed down tremendously over these past few weeks. They have a slew of players with a batting average between .261-.277. Miles Mikolas has served as the ace they never knew they needed, while Bud Norris has made a very successful transition into being a closer this season.

The Cardinals will send Austin Gomber to the mound for his 11th start (28th appearance) of the season. In all this year, he has posted a 3.63 ERA in 69 1/3 innings of work. He has gone 6-1, striking out 59 batters while walking just 31. In his last outing against the Braves, he looked terrific. In five innings of work, he allowed one run on six hits, striking out five. They need him to be at his best tonight.

At least for tonight, the Cardinals are safe. They are going to get another quality start from Austin Gomber in this exciting pitching matchup.

Marcell Ozuna will go deep, and Yadier Molina will drive in a pair of runs, giving them all of the offense they need. They won’t let Christian Yelich beat them. 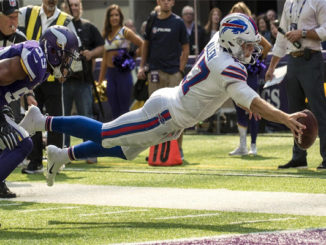 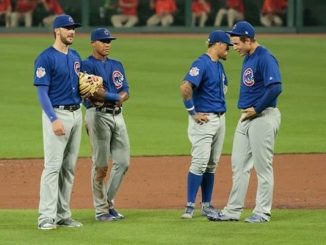 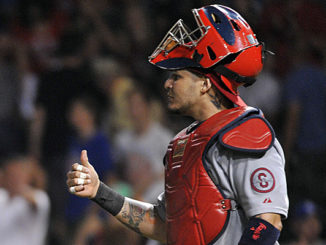