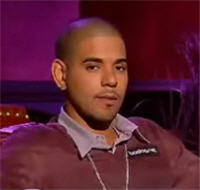 All that was quick to change though as in the very first hand, Eli Elezra moved all in with Ã¢â‚¬Å“big slickÃ¢â‚¬Â (AK) and was called by Howard Lederer who looked down and saw pocket aces. LedererÃ¢â‚¬â„¢s aces held and set off a chain of events that made this event even more unique.

First, this elimination set an unbreakable record of fastest elimination taking that distinction away from Gus Hansen (6 hands). The second decision was announced that if Eli wanted back in he could Ã¢â‚¬Å“re-buyÃ¢â‚¬Â for $20,000. Eli did and so this weekÃ¢â‚¬â„¢s tournament became a winner-take-all for $140,000.

Another bit of history was made as Barry Greenstein; short stacked, moved all in with pocket jacks and was called by Antonio Esfandiari who had AK. A king on the flop put Barry in a hole that he couldnÃ¢â‚¬â„¢t get out of and was eliminated in 6th place which ended Mike Matusow streak of four consecutive 6th place finishes. No worries though, Mike would start another streak.

There was a bright spot for Mike the Mouth, as he won a side bet with Esfandiari. Howard Lederer re-raised a pot from the big blind and Antonio said it was a steal. Matusow said no and bet $5000 that it was not a steal. The two settled on $1000 and Lederer showed AK netting Mike a quick $1000.

Then a Mikey blow up. He raises with pocket nines and gets re-raised by Eli Elezra with A8 suited. Flop comes 6h 8c 2c and Elezra bets – Matusow raises – Eli just calls. The turn brings the 2h and Mike bets again. Eli throws in a $10,000 bundle not saying a word. Mike FOLDS. Eli says why, I just called?

After much chastising from everyone at the table, even asking the dealer what he thought, in which he said it was just a call since no raise was announced, Mike went down hill from there, eventually going out in 5th place.

Later Mike professed that, “I am not blaming anybody, it’s my own fault and that was a big pot early in this thing and it really set the tone.”

The tournament came down to two of the younger poker pros in the game, David Williams and Antonio Esfandiari aka “The Magician”. David had almost $115,000 chips versus Antonio with 25,000 when Esfandiari found AK and raised. David had Ad7d and put Antonio all in. David flopped a 7 but Esfandiari turned a king and was right back in the game.

A few hands later though, it was Antonio all in with Ad5s and Williams calling with pocket sevens. The flopped gave Williams a set but Esfandiari a straight draw. David avoided the straight and won his first Poker After Dark event and $140,000.