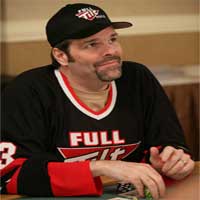 A certain level of intelligence and a keen sense of observance must have been running through the Lederer family blood. Howard himself is a highly successful, professional poker player, as is his sister Annie Duke. Howard’s other sister, Katy Lederer, is an author and a poet. Howard’s father, Richard Lederer, was also a writer and linguist, teaching at the New Hampshire St. Paul’s School.

As a young boy, Howard was a phenomenal chess player. After finishing high school, Howard went on to New York City where he attended Columbia University and frequented the many chess clubs around the city. It was during his chess club gaming that Howard Lederer discovered the game of poker. He eventually began visiting the Mayfair Club on a regular basis, taking on other poker talents like Erik Seidel and Dan Harrington, before they became well-known professionals.

In 1993, at nearly 30 years of age, Howard made the big move to Las Vegas, seeking high stakes games and a professional poker career. His story has been nothing short of success ever since. Lederer has totaled 58 cashes, 9 first place finishes and earned himself a cumulative bankroll of $3,921,603 over his impressive poker career.

Over the years, Howard Lederer gained the nickname, “The Professor”, termed so for his cool, calculating demeanor, analytical expressions and perpetual calmness. According to Howard, his extreme focus at the poker tables is achieved by entering a state of ‘zen wisdom’ while playing poker.

Lederer’s exterior shell has been cracked on several occasions, however. In 2002, Daniel Negreanu made distasteful comments about Lederer’s sister, Annie Duke, bringing about a public display of criticism from Howard. Negreanu was quick to apologize and the two men are reportedly good friends.

Howard Lederer has skillfully earned himself 2 World Series of Poker (WSOP) bracelets. His first WSOP bracelet came at the 2000 WSOP $5,000 Limit Omaha Hi-Lo event, awarding Lederer $198,000 for a first place finish. The second bracelet came only a year later at the 2001 WSOP $5,000 Deuce to Seven Draw event, where Howard pocketed another $165,870. All told, Lederer has placed well enough to cash in the WSOP more than 30 times since 1987. For years, it has been Howard’s ambition to win the WSOP Main Event – the big one!

Also 2 WPT Championships for “The Professor”

Howard has earned himself 2 World Poker Tour (WPT) titles over his extensive career. The first came in November of 2002 at the WPT Championship at Foxwoods. Only a few months later in March of 2003, Howard Lederer earned his second WPT title on The Poker Million cruise in a $5,000 Limit Hold ’em event. That same year, Howard Lederer was named 2003 WPT Player of the Year.

Lederer’s most recent major victory came in January of 2008 when he wiped out a massive field of players at the Aussie Millions $100,000 buy-in tournament, awarding him $1.25 million – the largest cash in Howard’s esteemed career.

Howard Lederer is a long-time member of Team Full Tilt, an immensely popular online poker room established in 2004. He heads up the “Howard Lederer Fantasy Poker Camp”, and has produced his own instructional video, “Secrets of No-Limit Hold’em”. Lederer is the co-host of the Fox Broadcasting Company’s “Poker Superstars” and “Poker: Learn From the Pros”.