Japan has been the focal point of many casino companies from all over the globe. The reason for this is that their Prime Minister Shinzo Abe decided to legalize casinos in the country, which has had pretty strict laws regarding gambling. It all continued with both the Lower and the Upper house voting yes on legalizing three Integrated Resorts.

Apart from that, not much has happened, and everyone eagerly expects the government to award three licenses to three casino providers. That resulted in several popular providers acting quickly and trying to suck up to the Japanese governments with various gifts and promises. At one point, it even included President Donald Trump trying to vouch for Las Vegas Sands directly when meeting with PM Abe.

In this interesting game, it seems that there are no rules and some of the operators even decided to open offices in Japan, which will do their best to promote them and achieve the final goal — getting the license for building an Integrated Resort.

One of the companies that has been quite active here is MGM, which is getting ahead of the competition by opening an office in Osaka. This city is one of the major points of discussion among government officials as it is the most probable option for one of the Integrated Resorts. They had an official office opening party a couple of days ago and entered the game of acquiring the license.

Other operators that already have offices in Osaka are Melco Resorts & Entertainment and Genting. They are working full-time and focused all their efforts on promoting their respective businesses in the Japanese city.

The chairman and CEO of MGM, Jim Murren, has been quite active in Japan himself, as he spent a lot of time in the country promoting his company to the officials and the people alike. An IR in Osaka is his primary focus, and he managed to meet with both the Governor of Osaka Ichiro Matsui and the Mayor of Osaka City Hirofumi Yoshimura. He thoroughly explained to them why he believes MGM is the best operator to run an IR in Osaka.

He stated that he and his company were making progress as they were discussing their plans with Japanese corporations in order to form a consortium with them. He added that MGM is ready to take part in preparations for an IR and reaffirmed his position that Osaka is definitely the location where the IR should be built. He added that MGM was also going to support the officials of Osaka in their efforts to obtain a license for building an IR in their area.

Matsui also gave a brief statement for Nikkei Asian Review claiming that Osaka was ready to prepare for an IR and that they would begin the selection process in the prefecture as soon as possible in order to choose the most suitable candidate for the IR. 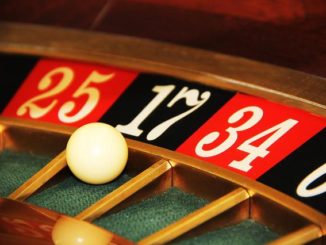 The U.S. Gaming Industry Wants White House to Back it on the Digital Currencies Issue 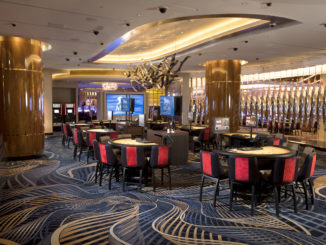 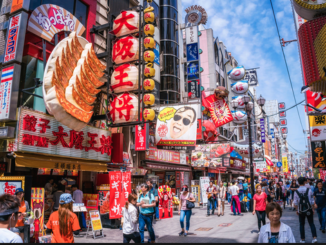 MGM and Las Vegas Sands the Most Likely Candidates for Japan IRs?