It seems a new gambling industry will be created soon as a new law was passed today in Japan that will open the door for casino gaming. Early Thursday, Japanese parliament decided to pass a new law that could see the country generating over $300 billion a year from gaming, based on analyst reports. Casinos are currently illegal in Japan, an area of the world that has the third largest economy.

CLSA brokerage analysts have reported based on their research that the leading gaming operators of the world see Japan as a holy grail due to the potential market size. Such companies as MGM Resorts and Las Vegas Sands are considered contenders for moving into a casino industry of Japan. While such gaming operators are glad to see the law change, there are those who are opposed. Casino legalization has little support from the public and there are groups that have warned of the social cost that could come about due to casino gaming.

In a statement on the matter, the Society Concerned about Gambling Addiction’s Secretary General Noriko Tanaka stated that the issue is not whether gambling facilities are allowed or not but about the measures put in place to deal with gambling addiction.

An interesting poll took place earlier this week among the public by NHK, a broadcaster of Japan, who found that of those surveyed, 44% were opposed to casinos while 12% were in support. The remaining were undecided on the matter.

There is gambling to be found in Japan besides casino gaming. Currently, the government allows government-controlled wagering on horse races as well as pachinko, but players are competing for non-cash prizes in this pinball style game. According to Tanaka’s group, the country already is experiencing a high rate of gambling addiction when compared to other countries.

The government of Prime Minister Shinzo Abe have stated that by introducing casinos to the country, tourism would increase and the economy would be boosted. The gaming goal of the country is to combine casinos with hotels, high-end retail shops and entertainment venues. This is a similar approach as to what has been done in Singapore which has been a successful approach.

The legislation passed today is just the beginning. More legislation will be needed to determine such factors as tax rates, entrance fees, the licensing process and more. Analysts do not expect Japan to open a megaresort until 2023 or later. 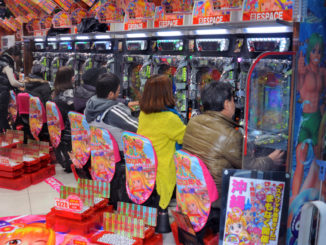 Land Based Gambling Expansion Before Online Options in Massachusetts 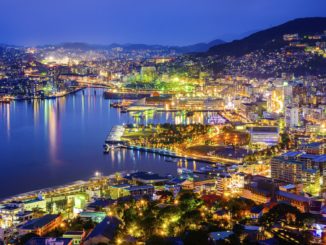