The last spot in the Final Four will be decided on Tuesday night when the No. 1 seed Michigan Wolverines face the No. 11 UCLA Bruins. The East Region final will be played at Lucas Oil Stadium in Indianapolis.

The Wolverines are seven-point favorites and the over/under set at 136 points. Tipoff is at 9:57 P.M. Eastern.

The Bruins are the first team in tournament history to go from the First Four to the Elite Eight. Mick Cronin’s team has scored wins over Michigan State, BYU, Abilene Christian, and Alabama to get to this point of the tournament. That’s not bad for a team that had lost four in a row coming into the Big Dance.

Meanwhile, the Wolverines have taken care of business thus far, winning all three games by somewhat comfortable margins. In fairness, Michigan had to come from behind to beat LSU in the Round of 32. But the Wolverines were excellent from start to finish in the Sweet 16 against Florida State, beating the Seminoles 76-58.

Forward Isaiah Livers remains out of the lineup, but his replacement, Brandon Johns, was arguably Michigan’s best player against Florida State. Johns had 14 points and six rebounds, playing his best game of the season.

Without Livers, the Wolverines continue to get contributions from other players. Chaundee Brown has come off the bench with 33 total points over the last two games, helping to make up for the scoring the Wolverines aren’t getting from Livers.

Michigan’s ticket to the Final Four still rests with Hunter Dickinson and Franz Wagner. Dickinson, in particular, could pose a mismatch for UCLA because of his size and polished post moves. Meanwhile, Wagner had a double-double, not to mention five assists, in the Sweet 16 win. He doesn’t necessarily have to be Michigan’s leading scorer as long as he continues to impact the game in multiple ways.

Johnny and the Game

The most impressive part of UCLA’s win over Alabama is that the Bruins pulled off an overtime win after leading scorer Johnny Juzang fouled out. Jaime Jaquez continued to have an excellent tournament, as he’s now averaging 16.8 points and 6.8 rebounds in four games. Jules Bernard also had a big game while point guard Tyger Campbell stepped up with 13 points and five assists.

However, Juzang remains the key to UCLA’s success. Before he had an off night shooting the ball and got into foul trouble, he was averaging over 22 points per game during the tournament. In many ways, UCLA was lucky to survive a game in which he wasn’t at his best. But the Bruins won’t want to take that chance against Michigan. UCLA still needs a strong showing from its supporting cast, but Juzang can be the player who puts them over the top.

While the Bruins have made a great run, they’ll meet their match against Michigan. The Wolverines might be the best defensive team that UCLA will see all season, while Dickinson and Wagner both pose challenges in one-on-one situations for the Bruins.

Even without Livers, Michigan is a little deeper and a more balanced team. Bet on the Wolverines to win and cover on their way to the Final Four. 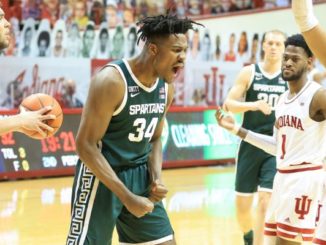 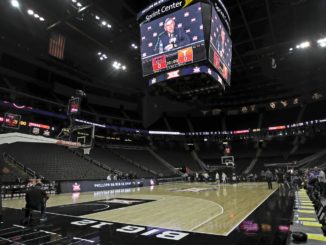 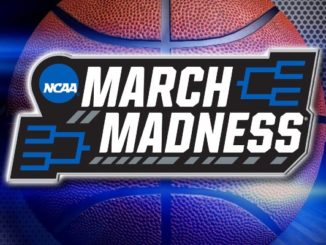