Less than two weeks ago a group of armed robbers crashed the European Poker Tour in Berlin and made off with over $329,000 from the jackpot. The robbery was a surprise and very shocking to everyone involved. Now news has come out that one of the robbers has turned himself in.

Michael Merkel a spokesperson for the Berlin Police stated that the man turned himself in to the Berlin ProsecutorÃ¢â‚¬â„¢s office. The man is twenty one years old but no more information has been released. It is expected that more information will be released in the future.

The three men they are looking for are Ahmad el-Awayti age twenty, Jihad Chetwie age nineteen and Mustafa Ucarkus age twenty. The three men are already known by the German police in connection with other robberies and bodily harm. The three men along with the unidentified man stormed into the tournament on March 6th wielding a revolver and a machete. Their images were caught on the surveillance cameras.

The car the four men used to flee the scene has been recovered though the money has yet to be found. The man who surrendered stated that the money was divided up immediately after the robbery took place. The man stated he would be paying back his share of the money through his lawyer but currently the money is with a third party.

The man also admitted as to how they decided to rob the EPT tournament. He stated that he looked at the area in advance and then found where the money was, how it was secured and how many guards there were and if they were armed. When he saw the guards were not armed he decided that it was worth a shot. 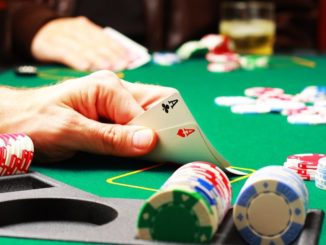