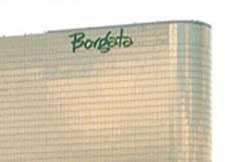 After a somewhat strange day 1 at the WPT Borgata Poker Winter Classic, 313 poker players started day 2 and with only 54 making the money, there is still a long way to go. Again the slow blinds allowed players to take their time and accumulate chips, which some have done very well.

The strange hands continued in day 2 with Noah Schwartz, Ã¢â‚¬Å“fourUhatersÃ¢â‚¬Â to his online poker friends, and Bill Kontaratos getting into a big hand. Schwartz raise pre-flop with A K and was re-raised by Kontaratos with J T, Noah just called. The flop came A K Q and both players pushed all-in. Way behind to the nut straight, Noah came back with a turned ace giving him a full house and a double up through Bill Kontaratos. Slowing down and being patient the rest of the day, Noah Schwartz ended the day with 477,000 in chips.

That would have been enough for the chip lead if not for Gavin Griffin. After building his stack to over 300,000, he held A Q and flopped trip queens to add enough to push him past Schwartz and in top of the leader board to end day 2.

Those unfortunate not to make it through the day after having a great run of cards and being on the leader board was Joe Sebok and John Ã¢â‚¬Å“The RazorÃ¢â‚¬Â Phan. Both had built chip stacks to over 300,000 only to be on the outside looking in by dayÃ¢â‚¬â„¢s end.

Alex Jacob, Mike Matusow, Victor Ramdin, J.C. Tran and Eugene Todd all did not survive day 2 but 105 players did and will return for day 3.