888poker swapped its Big Shot 109 Main Event to the $100,000 guaranteed Mystery Bounty Main Event. It occurred on January 8 and attracted 1,079 entrants who formed a $107,900 prize pool. 888poker is the only online poker operator in the United States that runs mystery bounty tournaments daily.

Players get mystery bounties in the event after reaching Level 18. This week’s tournament had a $10,000 first-place prize and eight other prizes of at least $1,000.

“stockfish9” was lucky as he won three bounties before exiting the event in the 56th position. They were worth $3,378 and exceeded their $167 prize.

“ZapanE” got two bounties worth $3,000 and finished in 28th place. Still, “edtastylez92” was the player of the night after opening an envelope with a $10,000 jackpot and making a $179 score before getting busted in 48th place.

The latter revealed ace-king and left the table after the queens held at the nine-high board. “Denezhki” followed RiLucas in eighth place after using ace-king to three-bet 12 big blinds all-in. he drew dead by the turn as all his opponents got out of his way.

AAdriano888 finished seventh after using ace-four to look down and commit their remaining six big blinds in early position. The player narrowly missed antes and blinds as Eg1D1 used ten-nine of diamonds to call in the big blind. AAdriano888’s run ended after a nine on the flop.

BigBen420 exited the tournament in sixth place in the 40th level. Eg1D1 used ace-jack to min-raise under the gun and bianchettibh used pocket nines to make a five big blinds three-bet. But, BigBen420 used ace-queen to jam 5.1 big blinds from the big blind into the middle.

bianchettibh called after Eg1D1 got out of the way. Nines held sending BigBen420 packing. luish64 followed him in fifth place. Vaelluskala used pocket jacks to make a button min-raise and luish64 used jack-eight to hold a big blind.

The latter checked after a king-eight-five flop and the former went all-in prompting his opponent to call off his last 4.2 big blinds. The river and turn didn’t help luishi64 thus ending his run.

Eg1D1 finished fourth after being the shortest stack and losing a battle of the blinds to BrunsonsKid. Vaelluskala finished third and set up a heads-up match between bianchettibh and BrunsonsKid.

The two finalists swapped the stack lead several times in the 20-minute battle but BrunsonsKid eventually won. He used king-jack to shove in the final hand and bianchettibh used queen-jack to call off six big blinds. The former’s king on flop helped him win the latter sending them packing with a $6,967 consolation prize.

PartyPoker Poker Den: The Big Game II Has been Announced 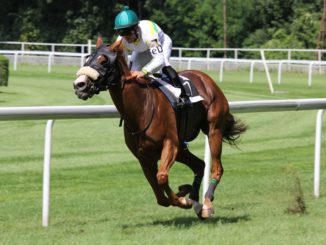 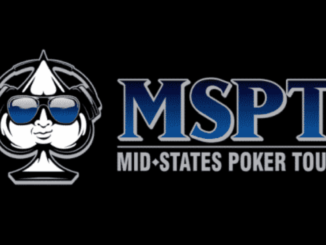 Mid-States Poker Tour Wraps the First Half of 2021 Successfully