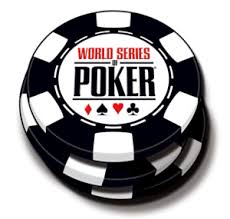 With top players hitting the felt over the weekend to conclude the 2015 World Series of Poker National Championship, everyone knew the win would be a tough one to secure. 122 players competed in the event and it was twenty five year old Loni Harwood who would earn the first place win. With the win, Harwood earned her second gold bracelet from the WSOP, taking home just over $341,000 for her efforts.

Hailing from Staten Island, New York, Harwood would have to take on a tough field at the final table including Daniel Negreanu, Alexandru Masek and Darryll Fish. The final day of the tournament was a doozy and it was filmed by ESPN, allowing fans of the pros as well as the game of poker to watch the action as it unfolds on August 18th when the footage is aired.

The National Championship was a unique format and consisted of 100 players taking part due to their finishes on the WSOP Circuit season. The winners of main events as well as casino champions were qualified to compete. The 22 remaining seats were set aside for players who made it to the top of the leaderboard. These players were invited to compete by paying a $10,000 buy-in which combined with the $1,000,000 posted by There_WSOP, the event had $1,220,000 up for grabs.

Harwood was able to outlast Alexandru Masek in heads up play to earn the first place win, with a $341,599 cash prize. The female poker pro has now earned over $1.6 million during live poker game play and earned her second final table finish for 2015.