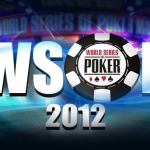 In a final table that has now seen 3-handed play go on for more than TEN hours, the October Nine final table at this year’s Main Event has eclipsed another record as of this story going live:

It has seen the most hands played since 2007, which was 364 in that year! Right now, the count is approaching its 400th hand, with more to come once heads up play actually begins.

As of the time this story will be published 3-handed play alone has exceeded over 10 hours and is headed towards 11 here very shortly. ESPN is operating live coverage on a 15-minute delay but as of right now there have been no updates on whether heads up play has finally happened.

The remaining players, Jesse Sylvia, Greg Merson and Jake Balsiger, have all locked up at least $3.8 million in earnings, with over $8.5 million guaranteed for 1st. The long play in the 3-handed portion of this final table seems to have taken a small toll on Jesse Slyvia, who inadvertently folded his big blind of $1.6 million when Jake Balsiger limped from the button.

Good thing for Sylvia is that he wrangled the chip lead away from the one-time leader Balsiger after hitting a full house on the turn with 8 2 offsuit! After that particular hand it seems everyone in the Penn and Teller theatre has woke up a little, with cheers and rants getting louder and louder for the final 3.