The Los Angeles Dodgers will visit Oakland Alameda Coliseum on Wednesday, where they will take on the Oakland A’s for an in-state showdown. First pitch will be at 9:10 central time. The Dodgers are 62-51 on the season, good enough for second place in the National League West division. They are sitting one half game behind the division-leading Arizona Diamondbacks, so every game is important for them to win at this point. In Oakland’s case, they are also in second place with their 67-46 record. They are four and a half games behind the Houston Astros, who are in the lead. Los Angeles is favored in this matchup: at -164.

Clayton Kershaw will be on the mound for the Dodgers. He is certainly never a pitcher that the opposing team wants to see on the mound when they face the Dodgers. He is 5-5 on the year, which is not a typical record for a pitcher as historically dominant as Kershaw (His career record is 149-69). His ERA so far this season is 2.55, similar to his career number of 2.37, which would point to a potential lack of run support.

For Oakland, Mike Fiers will get the start. His record is 7-6, a good record but still one he would like to improve. His ERA stands at 3.48, a respectable number. He was recently acquired from Detroit, and this will be his Athletics debut. The fact that it will be in front of a home crowd makes it even more important for him to have a good outing. Fiers will surely be looking to get ahead in the count in this game in order to propel himself to a victory.

Matt Kemp is leading the way in terms of batting average, with a .289 number. He also has driven in the most runs, with 65. This combination of average and power is a big help for the Dodger lineup. Recently acquired Manny Machado has also been hitting well. He is .274 in his time split between Baltimore and Los Angeles. Max Muncy is leading in home runs, however, with 24.

Oakland is led by Matt Chapman, with his .270 average. Khris Davis, however, is the power bat in the lineup. He has hit 32 home runs, and has also driven in 88 runs. Oakland will likely need both of them to hit the ball well in this one off of one of the toughest lefties in baseball.

Nobody will debate that Clayton Kershaw is one of the most difficult pitchers to face in baseball. It also doesn’t help that he has been very effective against righties this year. However, asking any baseball fan, players tend to do well in their debuts. Fiers will definitely be amped up for this home debut, and I’m willing to side with him on this one to upset one of the better teams in the league. Bet on the Oakland Athletics at +142. 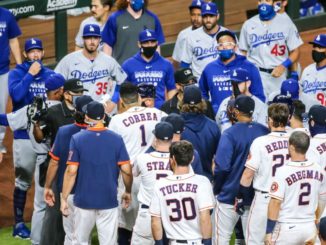 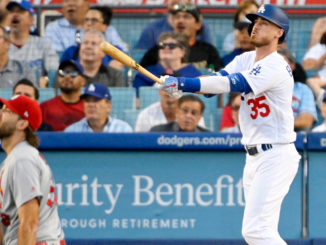