Just 0.5 seconds. That is how close we were to the Eastern Conference semifinal series between the Toronto Raptors and the Boston Celtics being 3-0 in Boston’s favor. As the teams meet for Game 4 in Orlando, Fla., Saturday night, this will be at the forefront of both team’s minds. If OG Anunoby doesn’t hit a last-second three in Game 3, it would be all but over.

The goal for the Raptors is obviously to win the title this year, but it would not be a disappointment to those outside the organization if they didn’t. They won last year and have been as good as ever, even with Kawhi Leonard having departed in the offseason. But the playoffs are a very different beast without a proven superstar.

Boston knows they need to come out aggressive Saturday night. They took the lead on Kemba Walker’s magnificent pass to Daniel Theis for a wide-open dunk in the closing seconds of a game they were never fully in control of. And the time they left on the clock surprisingly proved to be too much.

But the Celtics will be ready to go. They had been 6-0 in the playoffs prior to their Game 3 loss. They are the only team to beat Toronto in the restart.

In a tightly contested game, Boston is a one-point favorite. The over/under is set at 213.

Can Toronto Do It Again?

There is no doubt that it took every ounce of strength the Raptors had to win Game 3. They played Kyle Lowry, Anunoby and Pascal Siakam the entire second half. And Fred VanVleet played 21 of 24 minutes.

Toronto hardly made any substitutions, with coach Nick Nurse deciding to ride his starters as hard as he possibly could to ensure no slip-ups.

The Raptors will need a little more from the bench in this one, especially Norman Powell. They cannot expect Lowry to play 46 minutes at age 34 in every single game. Marc Gasol is also up there in age, but his minutes are split with Serge Ibaka.

The ultimate key for them will need to be Siakam. Can he finally get going with some consistent offense against the clamps of Jaylen Brown?

Winning Saturday night would not secure Boston’s place in the next round by any means. But it would help them to be able to sleep a little easier. Seeing No. 1 Milwaukee down 0-3 to the No. 5 Heat right now is quite a shock, and they definitely feel it too.

The Celtics’ biggest key to victory and something that propels them nightly is their star depth. If Jayson Tatum or Brown struggle, they have Walker. And vice versa.

All of these guys can fill it up, and Marcus Smart is there to bail everyone out with his late-in-the-clock threes.

Tatum is their ultimate X-factor, though, as whenever he plays well, they tend to win. They’ll need to continue to defend at a high level and not allow any of the Raptors’ stars to get going.

Raptors Even the Series

From 0-2 to 2-2. It’s just like last year for Toronto, only one round earlier. Siakam will score 25, and Toronto will win. 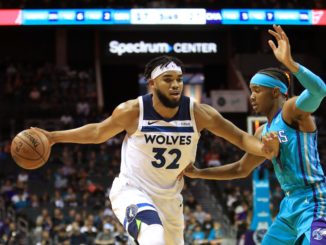 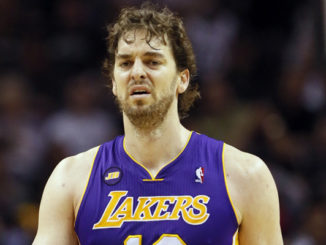 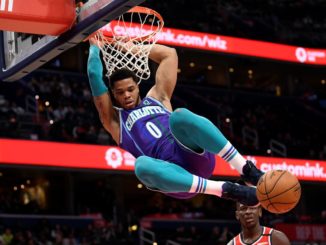