Tuesday marks the first game of the 2022 season between the Los Angeles Dodgers and the San Francisco Giants after the two teams battled all last season for NL West supremacy and then met in the playoffs.

At home, the Dodgers are favored with a moneyline of -140, while San Francisco’s moneyline is listed at +120. The game also has an over/under of 6.5 runs.

The Dodgers begin Tuesday atop the NL West standings, although they are technically tied with the Padres. Ironically, they are just 3-3 in their last six games after losing two of three to the lowly Diamondbacks last week. But Los Angeles is still 14-7 and off to another good start this season.

Of course, the Giants have also won 14 games this season but are still half a game behind the Dodgers and Padres. San Francisco is also coming off a rough patch, losing three of four after dropping a series against the Nationals over the weekend. However, the Giants could still be considered one of the best teams in baseball less than a month into the season.

Carlos Rodon makes the start for San Francisco on Tuesday after looking like a Cy Young candidate in his first four starts of the season. The lefty is 3-0 with a 1.17 ERA, striking out 38 over his first 23 innings. Keep in mind that Rodon is fresh off a brilliant campaign with the White Sox last year, so his fast start doesn’t look like an aberration.

Of course, the Dodgers are up to their old tricks, averaging 4.9 runs per game this season. The likes of Cody Bellinger and Mookie Betts have provided a little power but not much else.

However, Betts has started to get going over the last week, while Freddie Freeman has hit the ground running with his new team, helping to anchor a lineup that remains one of the deepest in baseball.

The Dodgers will counter Rodon with their own lefty, as Julio Urias is set to make the start on Tuesday. The 25-year-old won 20 games last year and is off to another fast start in 2022. Through four starts, Urias is 1-1 with a 2.50 ERA and has looked dominant in his last three starts after his first start of the year was a disaster.

But the Giants have also been one of the best offensive teams in baseball this year, averaging a shade under five runs per game. Former Dodgers outfielder Joc Pederson has been a revelation for San Francisco, batting .353 with six home runs. With Wilmer Flores, Austin Slater, and others, the Giants also have plenty of capable right-handed bats to counter a lefty like Urias.

The Dodgers are favored in this game and have been a reliable favorite this year with one of the best ATS records in baseball. However, the value in this game is with San Francisco as a slight underdog, especially with Rodon on the mound.

He actually gives the Giants an edge over Urias in starting pitching, and since the Giants have also been a little better offensively this year, bet on San Francisco to win Tuesday’s game. 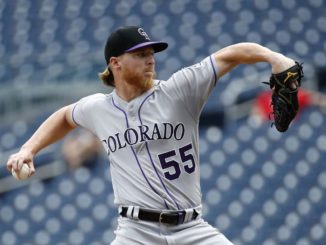 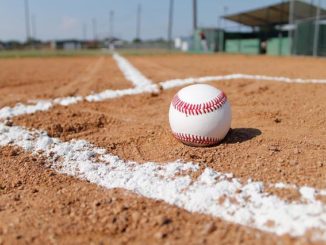 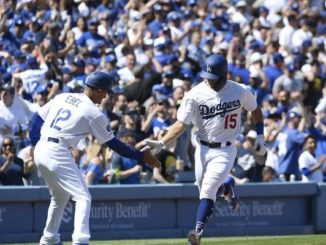