The Blazers have struggled all year long away from home. And now, they’re heading to California to face the best team in the league so far. Getting blown out at the half by Philly, they turned it around and will look to keep things rolling. This is a tale of two teams in very different positions for the moment.

Portland has won only one time away from home all year, even losing in Sacramento right before Thanksgiving. Jusuf Nurkic did have his best game of the year, but it was not enough to get them out of the red.

Damian Lillard has had his moments as he always does, but he has been a bit less effective to this point in the season. They have work to do.

As for the Dubs, as good as they are now, it is only going to get worse for the rest of the league. Within the next few weeks, Klay Thompson is finally going to be back on the floor. He has not played since the 2019 NBA Finals, and it has been a long time since we have seen him, but he’s been working his tail off, overcoming two major injuries, to make his return. When he does, watch out.

This is one the Warriors will obviously be favored in, as they have been crushing the opponents all year.

It has been some tough sledding for the TrailBlazers this year, but at 10-9, at least they have a winning record. They have not been able to find any consistency, but it has been fun to watch Nassir Little improve in his expanded role off the bench.

Anfernee Simons and Larry Nance Jr. have also played well, while Cody Zeller has done some good things in spot minutes. C.J. McCollum is continuing to score at will, while Robert Covington’s playing time has also dwindled.

The keys to winning lie in just scoring the ball as much as possible. They need to try and win the battle of three-pointers.

At 16-2, no team has impressed more than the Warriors. This is kind of reminiscent of when they began 23-0 during the 2015-16 season, en route to finishing an NBA best 73-9. They brought Andre Iguodala back and have been doing all of this without former #2 pick James Wiseman and Klay.

Curry has been getting buckets at every turn, while his brother-in-law Damion Lee has provided good value off the bench. The other additions have all been doing some good things while Jordan Poole continues his ascension.

At the end of the day, few teams can score more points than them. They’re a tough out.

The Warriors will taste victory yet again as they knock off Portland. 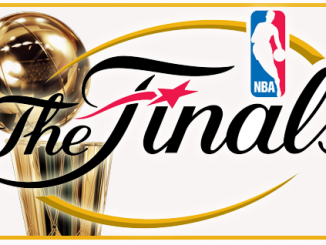 Betting Preview for the 2017 NBA Finals