On Saturday night, the Philadelphia Phillies will face off against the Colorado Rockies in Denver in game 3 of the 4-game series. The Rockies took the first 2 games of this series and are looking to earn the series win with a victory here. The Phillies are 11-8 on the season and the Rockies are 8-12.

Vince Velazquez had a solid start for the Phillies on Friday night, going 5 2/3 innings while allowing just 2 runs on 7 hits and a walk and struck out 8. The bullpen was solid and went 6 innings without giving up a run until Juan Nicasio gave up a 2-run walk-off home run in the 12th inning. Bryce Harper had an awesome game, going 5 for 7 with 2 doubles and an RBI. Rhys Hoskins went 3 for 6 and had the other RBI. Maikel Franco went 3 for 6 and Andrew McCutchen went 1 for 2.

Aaron Nola will get the start for Philadelphia. He has not had a good start to the season. He is 1-0 but has a 7.45 ERA and 1.66 WHIP over his first 4 starts. Last season, Nola went 17-6 with a 2.37 ERA and had 224 strikeouts versus 58 walks. The Phillies have not had much experience against Senzatela in his career. They have just 27 total at-bats against him and have only 5 hits. Maikel Franco is 1 for 1 with a triple, Scott Kingery is 1 for 2 with a double, and Rhys Hoskins is 1 for 3. Nick Williams and Aaron Altherr are each 1 for 1.

German Marquez had to battle in his start as he went 5 innings and gave up 10 hits and walked 2 but held the Phillies to just 2 runs while striking out 5. The bullpen went 7 innings and gave up just 1 run. Charlie Blackmon was the hero for the Rockies as he went 2 for 5 and hit a walk-off 2-run home run in the bottom of the 12th with 2 outs to earn the victory. Trevor Story hit a solo home run and Ian Desmond went 2 for 5. Nolan Arenado had a tough night, going 0 for 5 with a strikeout.

Antonio Senzatela will start for the Rockies. In his lone start of the season, Senzatela went 6 2/3 innings while allowing just 1 run on 6 hits and a walk and struck out 4. Last season he went 6-6 with a 4.38 ERA in 90 1/3 innings. The Rockies have not been bad against Nola in his career. As a team, they are hitting .270 off him. Daniel Murphy is 10 for 29 with 2 home runs but is on the Injured List. Charlie Blackmon is 3 for 7 with 3 doubles and an RBI. Nolan Arenado is 2 for 5 and Trevor Story is 1 for 6.

The Phillies are -120. It is very hard to beat a team 3 games in a row, especially when you are facing the ace. Even though Aaron Nola hasn’t had a great start, he is still one of the top pitchers in the league and will get back on track sooner than later. Antonio Senzatela has had just 1 start this season and it was good but will be facing a far better lineup in the Phillies. I think Nola returns to form in this one and the Phillies get to Senzatela early en route to a victory. Take the Phillies -120. 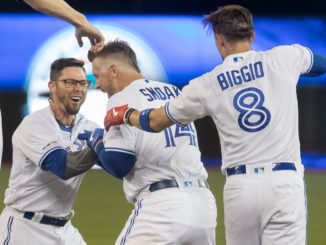 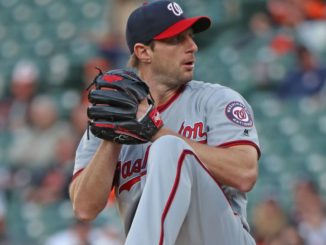 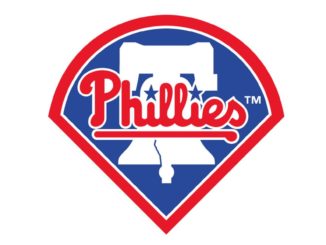