The Houston Astros (57-29) and Los Angeles Angels (38-50) will battle it out Wednesday night in Game Two of a three game series in the AL West Division.

As they attempt to stake their claim to yet another division title, the Astros are comfortably ahead in the AL West Division and continued their success with a 6-5 win last night. The Angels are hoping to rebound in Game Two against the AL West leading Astros but have struggled mightily as of late losing nine of their last ten games.

Wednesday’s pitching showdown will pair the Astros’ Cristian Javier (6-4, 3.01) against the Angels’ Shohei Ohtani (8-4, 2.44). According to most sportsbooks, the Angels will be the -125 home moneyline favorites in this one, while the Astros are +105 underdogs.

The Houston Astros have won four of their last five games headed into this matchup and have an incredible 57 wins and lead the AL West by 12.5 games. This season, the pitching staff for Houston has a 2.97 ERA, 1.10 WHIP, and are holding opponents to just a .211 opponent batting average. Cristian Javier will take the hill and the 25 year old has been impressive holding a 3.01 ERA.

The Astros have been stellar offensively ranking fourth in slugging (.431) and seventh in on base percentage .322. Kyle Tucker has been a key cog in their lineup hitting .259 with 17 home runs and 59 RBI, and Yordan Alverez is having another stellar campaign with 26 home runs while hitting .306

Yordan Alvarez won’t be starting since he has a hand injury and is on the injured list, so players like Bregman will need to step up before the All-Star break. After a slow start to the seasonAlex Bregman, has picked it up greatly as evidenced by his .779 OPS, 11 home runs, and 45 RBI through 45 games

The Los Angeles Angels now have a record of 38-50 and have dropped nine of their previous ten games. Los Angeles just suffered a series defeat to Baltimore in which they dropped all four games and they didn’t get off to a good start in this series with a loss in game one. To make matters worse, Mike Trout is questionable heading into this game after getting pulled last night with back spasms.

Los Angeles’ pitching staff has been brutal this season as they are allowing opponents to hit .236 with a 3.93 ERA. Shohei Ohtani has been a bright spot on both sides of the ball, but particularly on the pitching side where he owns a spectacular 2.44 ERA. In his last 26.2 innings pitched, Ohtani hasn’t allowed a single run while securing four wins over that span.

The Angels offense hasn’t been stellar this year either ranking 25th in team average (.232), 17th in slugging (.389) and 25th in on base percentage (.302). Mike Trout and Shohei Ohtani will both represent the Angels in the All-Star game this year and they have been the lone bright spots hitting a combined 43 homers and 105 RBI’s on the season.

As a whole, they must make improvements before it’s too late because this team has been brutal over the last several weeks.

Despite the Angels poor play and the Astros success, I think the Angels are a good candidate to bounce back in this one. Although they had just two hits, the Angels lost the game in the ninth and played Houston tough.

Shohei Ohtani hasn’t given up a run in his last four starts and has been virtually unhittable. Additionally, Cristian Javier surrendered five runs in his last outing, making this game a good time to get back in the win column for the Angels. 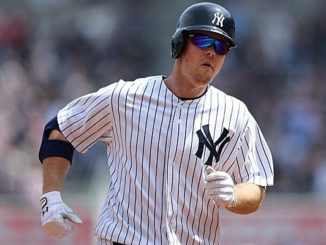 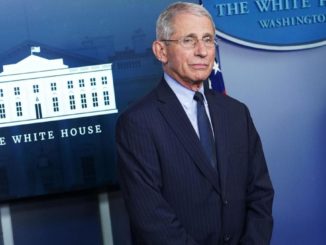 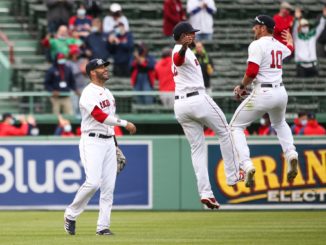