Los Angeles bragging rights are on the line during the first week of the NFL preseason, as the Rams face the Chargers at their shared home, SoFi Stadium. Despite the Rams being the defending Super Bowl champions, they are listed as 3.5-point underdogs in Saturday’s game. The over/under for the battle of LA is set at 30 points.

The preseason surely feels a little anticlimactic for the Rams, who won the Super Bowl the last time they took the field. Sean McVay has built a bonafide juggernaut during his five seasons at the helm, allowing the Rams to enter 2022 as a legitimate threat to repeat as champs. Of course, that could mean that the Rams will take it easy during the preseason.

On the other hand, the Chargers still have a lot to prove in Brandon Staley’s second season. The franchise has just one playoff appearance in the last eight years and two in the last 12 years. But after a 9-8 season in which they narrowly missed the playoffs in 2021, hopes are high for the Chargers this year.

The Chase is On

While Justin Herbert is the main man for the Chargers, he’ll sit out the preseason opener, leaving Chase Daniels to play quarterback. Daniels is the type of veteran quarterback who can excel in a preseason game, especially once he starts facing a second-string defense. However, the Chargers may want to spend this game getting a look at Easton Stick and Brandon Peters at quarterback.

The good news for the Chargers is they have solid depth at running back, especially since they’ll want rookie Isaiah Spiller to get plenty of reps. They also made some key additions on the defensive side of the ball during the offseason. While Khalil Mack, J.C. Jackson, and others may not see much action on Saturday, the second-string defense for the Chargers has a few familiar names and some promising rookies.

Matthew Stafford will be one of many stars who doesn’t get on the field during the team’s preseason opener on Saturday. But John Wolford is a capable backup who’s seen action in meaningful games while Bryce Perkins is an athletic quarterback who might have some success moving the ball. The caveat is that playmakers like Cooper Kupp and Allen Robinson won’t play much if at all during Saturday’s game.

On the defensive side of the ball, the Rams are likely to limit the action that veterans like Aaron Donald, Leonard Floyd, and Bobby Wagner see, limiting the impact of those players. There is also a vast collection of first and second-year players among the second-string and third-string for the Rams on defense. That youth could potentially leave the Rams vulnerable in this game, especially since they will play it safe with most of their veterans.

As will be the case with many preseason games this weekend, the Chargers vs Rams will likely end up being a battle of the backups. The Chargers appear to have a more reliable defense among their second-stringers and better options at running back once the starters are removed from the game. This should be enough for the Chargers to win and cover against their LA rivals. 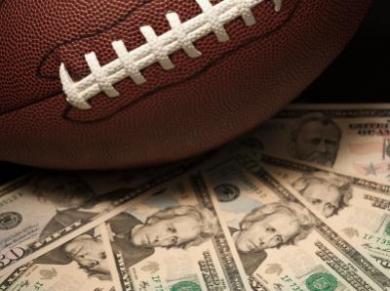