Two of the top teams in the National League begin a four-game series on Monday night when the Milwaukee Brewers host the Los Angeles Dodgers. The Dodgers are road favorites in this game, with a moneyline of -180 compared to Milwaukee’s moneyline of +150. The game also has an over/under of eight runs.

The Dodgers suffered their first loss of August on Sunday, ending a 12-game winning streak. Despite the loss, the Dodgers have still won 14 of their last 16 games and had won 14 straight road games until Sunday. That stretch has given Los Angeles the best record in baseball and a commanding 16-game lead atop the NL West.

Meanwhile, the Brewers have fallen on hard times in August after losing two of three in St. Louis over the weekend. They are just 4-7 in August, dropping out of first place in the process. As a result, the Brewers are 1.5 games behind the Cardinals in the NL Central and 1.5 games out of a Wild Card spot.

Milwaukee is hoping that Freddy Peralta can provide a lift in Monday’s game. The righty has been limited to just ten starts this season due to an extended stint on the IL, going 4-2 with a 4.37 ERA and a 1.14 WHIP in those ten starts.

In his two starts since returning from the IL earlier this month, Peralta has allowed four runs on six hits over 8.2 innings, with his strikeout rate dropping from earlier in the season.

Of course, the Milwaukee lineup hasn’t provided much help lately, as the Brewers are averaging just three runs per game over their last six games. Milwaukee didn’t make any upgrades at the trade deadline and is now without Omar Narvaez and Jace Peterson, who are on the IL.

To make matters worse, Christian Yelich is hitless in his last five games, while other regulars like Rowdy Tellez, Kolten Wong, and Victor Caratini are also slumping.

The Dodgers will have lefty Julio Urias on the mound in Monday’s series opener. The southpaw has made 22 starts this year, going 12-6 with a 2.49 ERA and a 0.97 WHIP.

Urias took some unfortunate losses early in the season but has been nearly unstoppable lately, earning a win in nine of his last ten starts, with the Dodgers winning all 10 of those games.

Naturally, the LA lineup has pounded out plenty of runs during the team’s recent winning streak. Even with Sunday’s shutout loss, the Dodgers are averaging seven runs per game during the month of August.

The likes of Will Smith and Max Muncy have made a profound impact over the last week, while Mookie Betts and Trea Turner continue to perform at a consistent level.

Sunday’s loss by Los Angeles is no reason to think that the Dodgers will suddenly cool down. They’ve been unstoppable with Urias on the mound over the last couple of months, with the southpaw facing a sluggish Milwaukee lineup. The Dodgers are a safe bet to win on Monday and a solid bet to cover the spread. 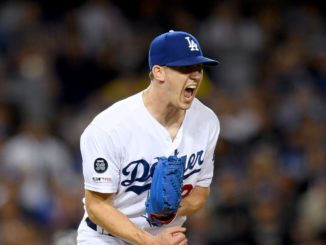 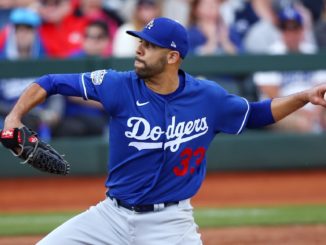 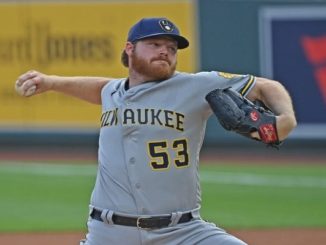