It’s Game 1 of the NBA playoffs as the Denver Nuggets visit the Golden State Warriors for an 8:30 p.m. ET start in the Western Conference playoffs. The Nuggets took the season series 3-1 with a pair of wins by three points or less.

There’s an injury list to watch as Golden State’s Stephen Curry, and Andrew Wiggins are probably, and Otto Porter Jr. is questionable. Denver’s Aaron Gordon is probable, with Monte Morris and Will Barton questionable.

Depth should certainly play a factor as both these teams at full strength have plenty of it.

A fan favorite for old-school fans is when players slap the floor trying to get a defensive stop. The Warriors hang their hats on the defensive end, ranking as the third-best team entering the postseason allowing 105.5 points per game.

The efficiency doesn’t drop off either, ranking second in field goal percentage (43.8%) and third in 3-point percentage (33.9%).

Curry missed some time to close the regular season, and he’s obviously a key piece in order to be ready for the playoffs. He leads the team in scoring and assists at 25.5 points and 6.3 assists per game, respectively.

The mid-season addition of Klay Thompson keeps the one-two punch alive as he adds 20.4 points per game on 38.5% 3-point shooting.

In their absences, Wiggins and Jordan Poole have stepped up.

Denver is a top-10 offense while scoring 112.7 points per game. The Nuggets don’t like to get up and down; rather, they let reigning MVP Nikola Jokic get established and play through him. It’s why they have the second-best offensive efficiency, converting 48.3% of field goal attempts.

Jokic is having another MVP campaign, posting averages of 27.1 points, 13.8 rebounds, and 7.9 assists per game. Behind him is five scorers whose averages range from 10.1 to 15.0 points per game and have played at least 69 games in the regular season.

That consistency is something Denver needs to continue to rely on with several different players who can step up and beat teams in big moments.

The public betting trends are pretty split, with 51% favoring the Nuggets, though 57% is on the over. The Nuggets are 3-9 against the spread over the last 12 meetings, and the under is 6-2 over the last eight.

We’ll go with the Nuggets to cover the six points, though be sure of the injury reports. 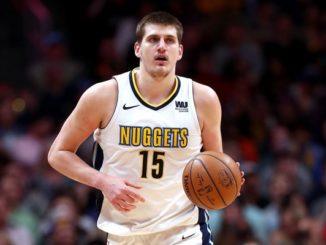 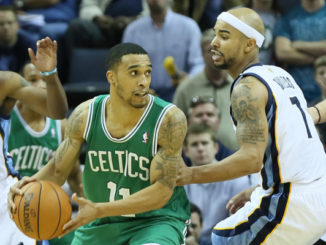 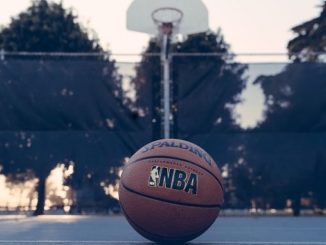