Following all of the exciting drama from a Thanksgiving Thursday slate of football, we are back on track for a prime-time AFC East showdown.

The Buffalo Bills will be on the road to take on the New England Patriots. This game is monumental for the standings in their own conference as well as the overall AFC playoff picture.

Despite being so late in the season, these two division rivals have yet to square off with each other and will be doing so for the first time this season on Thursday night.

After some dramatic ups and downs for the Patriots, they are certainly in control of their own destiny, and a win here could bolster their record in a big way.

There has already been some action on the spread in favor of the Patriots, but the Buffalo Bills still remain favorites on the road for this game at -3.5.

From unstoppable to completely shaken

To blame the Bills entirely for some of their recent slips would be unfair, as Josh Allen has gotten banged up this season, as well as some of the other players on both sides of the ball.

Opening the season, the Bills were completely dominant, and it was a situation where it was hard to believe that anyone would be able to beat them at home or on the road.

Nowadays, the team looks a little bit more vulnerable, and Allen has been making some costly errors. Unforced turnovers are the bane of any team, and Allen has more than his fair share of interceptions and fumbles this season.

It’s not a desperation game yet for the Bills, but a win here will set them up for success moving forward.

Fighting through the quarterback controversy in New England

Finally, after a rough stretch, there was some breakthrough for Mac Jones and the New England Patriots in their most recent win.

He had struggled for many of his starts this season, but finally was part of the reason why the team was successful, and they won the game.

If he continues with a high level of play, the Patriots are a dangerous team that nobody will want to see in the playoffs, with a strong defense and two good running backs to go with it.

The coaching of this team has been impeccable, as always, and picking up a prime-time win on Thursday will put the league on notice.

Neither of these teams are entirely desperate for this game, but it is a game that will significantly help them moving forward in a loaded AFC conference.

The Bills need to close the gap on Miami for first place in the division, and the Patriots need to stay ahead of the curve to secure a wild card spot.

All signs point to the Bills winning this game, but rolling with a home underdog on a Thursday feels like the right move, so take the Patriots at +3.5. 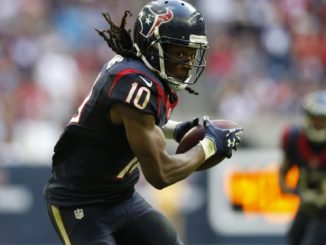 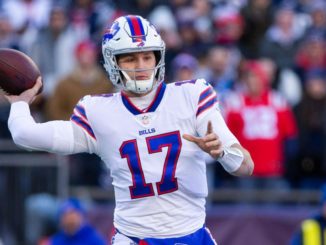