The PGA Championships is this weekend, and will be played at the beautiful Quail Hollow golf course in Charlotte North Carolina. The par 72 course is more than 7,400 yards. Jason Day holds the PGA Championship record of -20 back in 2015. The defending PGA Championships Jimmy Walker, as he shot -14 last season. Let’s take a look at Betting Tips, Picks and Odds for the PGA Players Championships.

>> Bet on the PGA Championships at our favorite sportsbook — 5Dimes

Spieth has moved to the #2 spot on the PGA Money List, despite three straight Top 15 finishes. Spieth finished 13th at the World Golf Championships most recently. He also won the Open Championship overseas. The favorite to win the event, Spieth is probably going to be pretty popular as he seeks a career grand slam on the course. Spieth is listed at 8/1 odds to win the event.

The 33 year old that played his college golf at Coastal Carolina is third on the PGA Money List. Johnson has made the cut in 12 of his 15 events this season. Most notably though, Johnson missed the cut at the US Open, following his scratch from play at the Masters. At the Open Championship, Johnson was never really a factor, as he finished 54th with a +4. Dustin Johnson is listed at 9/1 odds to win the event.

The 28 year old from Northern Ireland has reached the Top 10 6 times in just 10 events this season. Mcllroy is 32nd on the moneylist, but he has been on fire lately. After missing the cut at the US Open, he finished 17th at the Travelers, and then Top 5 at both The Open and Bridgestone. Rory is a great bet at 9/1 odds, but do not be surprised if he will be very popular this week.

The 47 year old from San Diego has 4 Top 10 finishes in 18 events this season. Mickelson is 52nd on the moneylist, as he is nearing $2M in earnings. Mickelson struggled the first three days at the Bridgestone, but bounced back with a 67 on the final day. Phil missed the cut at the Open, and finished 9th and 20th in his two previous events. Mickelson is listed at 50/1 odds to win it.

One of the most underrated golfers on the tour has moved to 11th on the Money List. Hoffman has earned nearly $4M this season. In 26 events, Hoffman has 6 Top 10 finishes. The 40 year old from UNLV has made the cut in 18 out of 26 events. Hoffman is listed at 50/1, and is a very cheap and underlooked option for this week. Do not forget about Charley Hoffman when betting this event.

There is a look at Betting Tips, Picks and Odds for the PGA Players Championships.  Rory Mcllroy is our pick to win this tournament. Rory has been up and down as of late on the golf course, but he appears to be in great shape with recent form, and course history to roll to a victory.  Rory Mcllroy at 9/1 odds is our pick to win the 2017 PGA Championships. 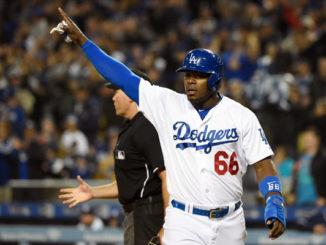