Perhaps one of the most controversial stories in 2019 is related to the World Series of Poker and its Player of the Year race. Every year, the officials of the WSOP use a system that takes players’ success year-to-date and, using some math, converts it to points. Players make it to the leaderboard where their final points are displayed.

The two players who were most likely to win the title were Shaun Deeb and Daniel Negreanu. Both of them are professional poker players, and both were very determined to claim the title.

After the WSOP season, neither Deeb nor Negreanu managed to win a gold bracelet. However, both performed extremely well, with Negreanu cashing 16 times and Deeb 17.

In fact, Deeb managed to make it to a final table four times, and once ended a runner-up. Negreanu had even better performances, as he made it to the heads-up twice but lost both of them.

The two players did not expect this, but there was a third contender for the throne, and his name was Robert Campbell. The Australian poker professional managed to win two WSOP bracelets during the summer and had an overall great run in several WSOP events. With all things taken into account, he was really close to winning the POY race.

Close to the summer’s end, Campbell was leading the race with a total of 3,418.78 points, and Deeb was really close with 3,280.13 and Negreanu in third place with 3,162.4. However, this was not the end, as there was WSOP Europe in October, and all three of them were rather eager to take part in it.

All three of them had pretty good runs in the WSOPE, but Negreanu was definitely the most dominant one, cashing a total of seven times. After the tournament was completed, Negreanu was declared the 2019 WSOP POY for the third time, as he managed to repeat his success from 2004 and 2013. However, it wasn’t meant to be.

A thread on the TwoPlusTwo Forum was started by a user called “iskander,” who tried to explain the error made by the WSOP that somehow managed to give Negreanu and some other players more points. The officials of WSOP admitted to having committed an error and took away 213.1 points from Negreanu.

Therefore, Campbell was declared the new POY, and WSOP issued an official statement, apologizing for the error and promising to upgrade the way it calculates the points for the leaderboard.

Negreanu congratulated to Campbell, but Deeb wasn’t content at all, starting the Twitter feud between him and Negreanu. The two professionals haven’t been on good terms for quite a while.

Deeb was angry because he could have made a different approach if all the calculations had been correct in the first place and demanded that he be declared co-POY along with Campbell. 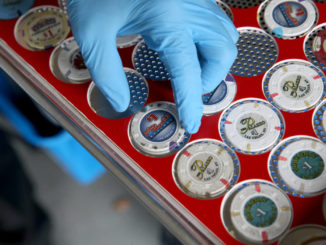