Many poker diehards anticipated Event No.6: $1,500 Merry MILLIONAIRE MAKER of GGPoker’s $150 million guaranteed World Series of Poker (WSOP) Winter Circuit. The eventual winner would get an over $1 million prize.

Soufiane “no Bueno” Jaloulate was the last player standing at the table. He won the gold WSOP Circuit ring and $1,046,929. Yet, 508 of the 4,205 players advanced to Day 2, each of them aiming to get the seven-figure first-place prize.

One finalist in the nine-handed final table got a five-figure score while the rest got six-figure payouts. Nicolas “Mcadanadinho” Coppini took home $74,146 after finishing ninth. Shyngis Satubayev followed him in the eighth position and Tom Vogelsang finished seventh.

The pay jumps started increasing fast as each of the remaining finalists eyed the top score. 12ut left the tournament in the sixth position with $203,539, twoacealive finished fifth, and Pschdelice finished fourth with $399,057.

Eliminations took place fast after the final table’s action began as Huidong Gu, Karolis Sereika, Kai Penzersinski, Pedro Doro, and Oskar Prehm exited the event following each other. They scored between $16,993 and $53,739.

The WSOP Winter Circuit Will Have More Champions

GGPoker has announced seven WSOP Winter Circuit winners so far, and will reveal others shortly. Event No.7: $1,500 Pot-Limit Omaha Championship ended on December 14 as seven of its initial 369 entrants competed for its $108,318 top prize, with Dorel Eldabach leading the pack. 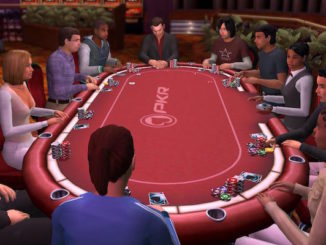 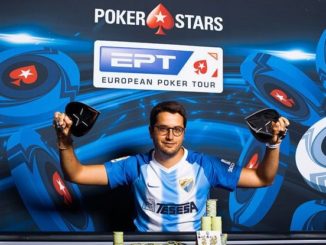