Republican representative Jim Kasper from North Dakota would still like to explore the possibility of licensing and regulating Internet poker once again in the state he represents, North Dakota.

Jim Kasper proposed new legislation for online gambling, including online poker, successfully making himself the first politician to do propose any such thing last year.
So far this year Representative Kasper made plans to draft new legislation and try again to get North Dakota to embrace online poker, and the revenue that of course could be obtained from such an adventure in freedom.

Of course, Congress through a big road block up when they sneakily passed the UIGEA in the middle of the night, on the back of a United States terrorism safeguard bill, designed to keep our ports safe. A portion of the port security bill, quite apparently necessary for the safe keeping of United States Ports made it illegal to use a credit card for betting online.

This passage leads Kasper to call the proposal ridiculous and say, “My fellow Republicans just don’t get it when it comes to Internet gambling”.

North Dakota State Rep. Jim Kasper gave up on the idea of making North Dakota a licensing agency for Internet poker sites, and the possibility of making millions from fees for the N. Dakota treasury.

Now things seem different. Rep. Kasper has decided the time may be right to pursue this legislation again. Maybe with new proposals coming up real soon. This coming on the heals of Congressman Barney Frank’s announcement that he wants to repeal the UIGEA makes for some real good news for online poker players. 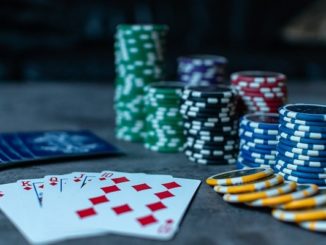