They donÃ¢â‚¬â„¢t call him the Ã¢â‚¬Å“Poker BratÃ¢â‚¬Â for nothing! Phil Hellmuth‘sÃ‚Â often inappropriate behavior at the tables has once again caused a stir, this time managing to upset the majority of the entire poker world.

During the 2008 World Series of Poker Main Event, Phil Hellmuth was the butt-end of a $400,000 chip loss that resulted from a bluff by a virtually unknown poker player. Romanian Cristian DragomirÃ¢â‚¬â„¢s superb poker strategy paid off, but not for long. Hellmuth was so upset by the sizeable chip loss that he turned to his dishonorable habit of boorishly criticizing his opponents.

Hellmuth verbally battered Dragomir Ã¢â‚¬â€œ at the ESPN featured table, no less – , calling him an Ã¢â‚¬Å“idiotÃ¢â‚¬Â and declaring him the Ã¢â‚¬Å“worst player in historyÃ¢â‚¬Â. After several minutes of this obnoxious, inconsiderate behavior, the tournament supervisor dealt Hellmuth a one-orbit penalty to be invoked at the start of the next dayÃ¢â‚¬â„¢s play.

This penalty meant that Hellmuth would be forced to sit-out for the first nine hands dealt Ã¢â‚¬â€œ a complete circle around the table Ã¢â‚¬â€œ losing all antes and blinds as a result. The next morning, however, the penalty was removed and the Poker Brat received only a warning.

Apparently, there was a meeting early that morning in which Hellmuth apologized to WSOP Commissioner Jeffrey Pollack, tournament director Jack Effel and the VP of HarrahÃ¢â‚¬â„¢s, Howard Greenbaum.

When it was announced that HellmuthÃ¢â‚¬â„¢s penalty had been lifted, to the dismay of well just about everyone, Pollack defended the decision stating, Ã¢â‚¬Å“The punishment did not fit the crime. Phil has now been warned and put on notice in a way that he never has been.Ã¢â‚¬Â

Ever since the outrageous occurrence and subsequent slap on the wrist, the poker community has been up in arms, posting on Internet poker forums and blogs with one unanimous opinion: “Why should Hellmuth be let off the hook for something that any Ã¢â‚¬Å“averageÃ¢â‚¬Â poker player would have been penalized for?Ã¢â‚¬Â

Going one step further, “Would any other lesser-known player have actually received a harsher penalty (that would have stuck, of course)?”

An overwhelming number of poker fans all agreed that Phil Hellmuth was in fact givenÃ‚Â preferential treatment.

Despite the complaints and universal upset in the poker world, Phil Hellmuth went on to finish the 2008 WSOP Main Event in 45th place, pocketing a $154,400 purse. 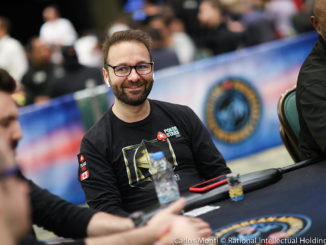