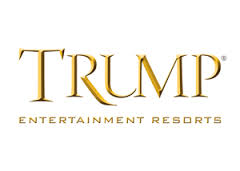 The Trump Taj Mahal is tentatively scheduled to close on November 13th and to avoid this closure; the casino is demanding concessions from several different groups. The casino will close unless lenders, government officials and even the works make concessions to help the casino stay afloat.

According to the Press of Atlantic City, Trump Entertainment Resorts has filed court documents that stated they need major givebacks to be able to continue operations. The casino needs concessions from the main labor union, tax relief from Atlantic City on the property, payout from the government and a cash infusion from the first-lien lender of the property.

Bankruptcy was filed by the company in early September and if the property closes this November, around 2,000 people will lose their job. The company says they need to stop making health and welfare payments to the union fund. Trump Entertainment also needs members of the Local 54 of UNITE-HERE to gain health coverage with the Affordable Care Act. Trump also wants to stop paying pension payments and provide 401K plans to employees instead.

Despite all stated concessions, the company would still not be able to afford to stay afloat. Trump also needs a government agency such as the Casino Reinvestment Development Authority to provide $25 million in contributions to fund improvements of the casino/hotel. Court papers also report that the company needs $100 million in equity capital from the first-lien lender and forgiveness of $288 million in debts owed. The first-lien holder is reportedly in agreement with the plan if the company receives the concessions from the government and the union.

Sadly, if the casino does close, Atlantic City would be down to just seven casinos from the original twelve. The change from a dozen casinos to just seven has occurred within 2014 and does not bode well for the casino industry in the state.