Elie filed an eight-count action against Ifrah last year, alleging a wide scope of civil offenses including malpractice and breach of contract.  Seven of those eight counts were dismissed for technical reasons connected to Elie’s own federal guilty pleas regarding his “Black Friday”-related poker processing.  Elie’s plea included an admonition that he carried out his poker-processing activities of his own volition, and thus left him technically disqualified from pursuing a civil action against Ifrah in those matters.

The eighth allegation, however, deals with Ifrah’s representation of Elie in a matter related to a separate business of Elie’s that existed prior to Elie’s emergence as a prominent US-facing poker payments processor.

Elie’s Viable Marketing business had been targeted in a separate, non-poker action, and in a bizarre series of events that also involved Elie being sued by a front company for PokerStars over a disputed $4 million withdrawn by Elie from a California bank account once used for poker-processing purposes.  Elie and the Ifrah-advised PokerStars interests resolved their dispute and agreed to work together for other processing, which became the ill-fated SunFirst Bank (UT) operation, while Ifrah also agreed to represent Elie in the Viable Marketing matter.

This eighth allegation, in which Elie claimed that Ifrah committed malpractice in missing a filing deadline connected to Elie’s separate Viable Marketing matter, was dismissed by presiding judge James C. Mahan for being unripe, meaning that appeals are still pending in the case, in which Elie and Viable Marketing were ordered to pay a civil judgment to Partner Weekly LLC.

Since that cause may still become “ripe” in the future, pending the outcome of Elie’s appeal, it was dismissed without prejudice by Mahan.  That in turn allows that single allegation by Elie against Ifrah to be refiled pending the final resolution of the Viable Marketing case.

Mahan cited established Nevada code in ruling that Ifrah could not seek to collect attorney’s fees from Elie at this time, since one of the alleged torts was thus still eligible to be contested in court.  Mahan wrote that the while Nevada code “allows an award of attorney’s fees to a prevailing party, [… that] without prevailing party status, the defendant is ineligible for an award of attorneys’ fees. The court has not foreclosed the possibility that plaintiff may have a meritorious claim.”

Elie has not announced whether he plans to refile this allegation against Ifrah once the Viable Marketing case is concluded.

The action continues the general falling-out between the poker payment processors involved in the Utah SunFirst processing and the representatives and executives of the US-facing poker sites they assisted.  Elie and his former SunFirst partner, Jeremy Johnson have made public alleged misdeeds against a wide range of business and public officials, including Ifrah, executives of Stars and Full Tilt, resigned Utah Attorney General John Swallow, and even US Senate Majority Leader Harry Reid, who Johnson alleged accepted million-dollar bribe from Full Tilt interests to introduce an online poker bill in 2010.

Elie and Johnson had their own fallout as well, with Elie testifying that Johnson absconded with tens of millions in profits from the SunFirst operation, in the form of currency, precious metals and other tangible assets.  Elie testified that Johnson even secreted asset caches in lakes and remote mountainous areas in Utah and adjacent states.

Elie has already served a five-month federal sentence for his role in the Black Friday affair, while Johnson’s poker-related activities were rolled into larger civil and criminal cases brought separately against him by the Federal Trade Commission. 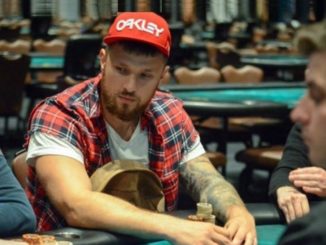