The 2017 World Series of Poker continues this week in Nevada with several events finishing up and new tournaments beginning. One of the latest events to come to an end was the $10,000 Deuce-To-Seven Lowball Championship. This event saw 80 players competing and a total prize pool up for grabs of $782,000. Poker pro Ben Yu was able to outlast the field to earn the first place finish in the tournament, taking home just over $232,000 for his efforts and earning his second WSOP gold bracelet.

Yu’s first WSOP gold bracelet was earned back in 2015 during the $10,000 Limit Hold’em Championship so it was high time that he won again. Yu is one of several players who are bracelet holders that are doing well during the 2017 events. Many of the 2017 winners already have earned titles in previous WSOP events. Yu would face stiff competition once final table play began with several top pros at the felt. Players who made it to the final table of this event include: Mike Matusow, Shawn Buchanan, Michael Watson and Nick Schulman.

In the end, it would be Yu and Shawn Deeb facing off in heads-up play. Yu would hold the chip lead 5 to 3 and Deeb would be unable to make a comeback. On the final hand, Deeb would go all-in before the second draw and was able to make 8-7-6-4-2. Yu showed 8-7-5-4-2 with Yu able to secure the pot and the title win. 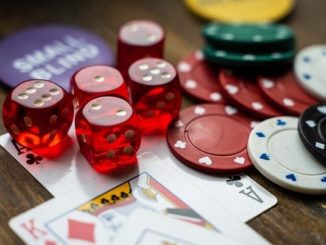