It has been almost a year before World Poker Tour returned to land-based poker rooms. Needless to say, poker players were more than interested in enjoying the popular card game in an old-fashioned way. That is why the World Poker Tour Lucky Hearts Poker Open $3,500 Main Event attracted a total of 1,573 entries. This stop took place at Seminole Hard Rock in Hollywood, Florida.

The player who managed to win the title of the Main Event champion was Ilyas Muradi, who earned his place in the Main Event via one of the satellite tournaments. Muradi did not have much success playing live poker before this event, yet he still managed to beat Ronnie Bardah and Robel Andemichael in three-handed play and become the winner of this prestigious event.

The three players actually achieved a deal once they reached three-handed play. In the end, Ronnie Bardah ended up third and won a total of $566,135. Robel Andemichael was a runner-up and his share was actually smaller compared to Bardah, as he won $545,000. Muradi received the lion’s share of the prize pool which was $620,000. His original cut was $580,000 but the players left another $40,000 to play for. Muradi was the one to receive that prize as well, which also includes a $15K seat for the World Poker Tour Tournament of Champion.

Muradi was excited about his victory, stating that he felt excited and wanted to cry for having achieved such an important result.

The guaranteed prize for this tournament was $1 million, but the number of interested players surpassed even the most optimistic expectations. In the end, the prize pool was more than $5 million and the top 197 places were paid a cut from this prize pool. Some of the players who managed to win cash but failed to make it to the final table are Joseph Hebert, Aaron Mermelstein, Justin Liberto, Joe McKeehen, Kevin Eyster, and Sam Panzica.

One of the biggest stories in the tournament was Darren Elias’ chase for the fifth WPT title. Elias is already a record holder with three, but he wanted to secure his position with another one — and he was very close to achieving that goal.

However, he came up short due to losing a coin-flip hand to a fellow WPT titleholder Andy Hwang when his jacks failed to meet the ace-queen hand that Hwang had in his pocket. Therefore, Elias had to bust in the tenth place.

The fifth place was reserved for Jesse Lonis for $223,895, and Francis Margaglione ended in fourth place, winning a total of $293,510. The remaining three players made a final table deal, and Ronnie Bardah was the last player to hit the rail before the heads up duel could start.

Andemichael was successful at the start, but Muradi still managed to take all his chips back and win his first WPT title ever. 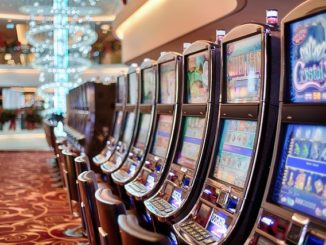