Mike Matusow is one of the greatest. He managed to win a World Series of Poker bracelet four times, earning a lot of money along the way.

However, he is also known for openly expressing his opinions about anything, and not everything he’s said has been approved by the public. He raised his voice once again amidst the coronavirus crisis, and this time, the target of his words were facemasks.

Matusow posted a raging update on his official Facebook account on June 25 targeted at Nevada regulators. He openly compared mandatory masks to abortion. Many of his followers on social media immediately reacted negatively to his words, and some of them were genuinely concerned about Matusow’s mental wellbeing.

He began his rant by comparing the right to abortion to the right of wearing face masks, wondering why it applies to one but not the other. He then added a political statement that “the radical left are “f***ing hypocrites.” Finally, he addressed Nevada Governor Steve Sisolak to “arrest him” for not wearing a mask, and continued tossing insults at the Governor, calling him a “f***ing commie moth fu**er.”

His rant continued after that, calling all those who want to wear a mask “sheep.” He added that his followers who insisted on wearing a mask “have never watched anything except CNN or MSNBC.”

Why Was Matusow So Angry?

One of the reasons why Mike Matusow was so angry was that Gov. Steve Sisolak made masks mandatory in all Nevada Casinos, which also includes all properties in Las Vegas. Days before that, Caesars Entertainment made masks compulsory in all its properties — even the ones that are in the reopening process.

Once casinos reopened, people started coming in huge groups, and nobody really cared about wearing face masks, which immediately raised concerns among casino operators. Although the staff was required to wear masks, visitors were only encouraged to do so, but nobody made it mandatory.

One video from a casino on the Strip showing a huge maskless crowd made operators take action. Some of them first made masks mandatory for everyone who wanted to take part in table games — especially poker. This was required only on tables where no glass dividers were present.

However, all of that changed when Gov. Sisolak decided to make masks mandatory in all Vegas casinos. Naturally, some people did not like that fact, and one of them was Mike Matusow.

All these changes were made because there was an increase in reported cases in Nevada, and the authorities had to take action and make sure that the spread of the COVID-19 disease is minimal in the state, and especially in the Entertainment Capital of the World. When everyone wears a mask, the transmission of the disease is minimal, but the real trouble is that a lot of people don’t like wearing masks at all. 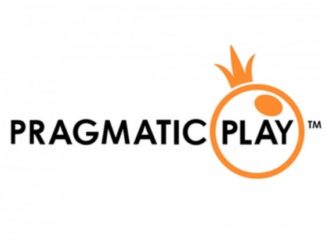