Sad news hit the poker industry heavily after one of the game’s veterans and a professional, Rosilyn “Roz” Jordan, passed away. The well-respected pro was only 46 when she died, and the cause of her death has still not been revealed to the public.

Jordan was born in New Orleans in August 1973. She was a familiar face in numerous poker events, including various circuit events all around the globe. Moreover, she took part in various cruises and was always present at the Planet Hollywood summer series that took place in Las Vegas.

It was Deuces Elite Poker Professionals (DEPP) that brought the sad news to the world. DEPP is an organization that employed Jordan. According to their statement, she was an irreplaceable part of DEPP, and the whole team is going to “miss her vast knowledge of both poker and life.”

The statement says that Roz was a person who had the power to make all people around her feel better. She was “smart, kind, thoughtful, and damn funny.”

Moreover, her colleagues claim that Jordan had an unparalleled zeal for life and that she enjoyed various activities such as traveling, spending days on the beach, and more. She loved her friends and was an animal lover as well.

The statement also praised Jordan’s skill, saying that she had been on the road for more than 10 years and made various events around the globe better with her vast knowledge about poker, as well as her skills related to the game.

Reactions Of The Poker World

The news shocked the entire poker industry, especially the communities in which Roz was active. Numerous workers and her colleagues were in disbelief and offered their condolences. Moreover, many of them shared the beautiful memories that they have about Roz.

For example, Allen Kessler stated that he would remember Roz as being always respectful to all poker players and always wearing a big smile. Kessler added that Roz had been loved in the entire poker community.

One of the trainees of Jordan, Brendan Taylor, stated that she had taught him “how to deal with humans in the most sincere and professional way.” Taylor added that Roz had the power to control a room with thousands of people only with her smile and her attitude.

One of the popular poker players, Jeff Grimes, also shared his disbelief about Roz. He stated that Roz had been “one of the good ones in the game.” Moreover, he added that he had always enjoyed her level of professionalism that she always brought with her. Grimes had an opportunity to meet Jordan at Heartland Poker Tour (HPT).

One of the people who was also shocked by the news of Jordan passing away was the tournament director of HPT, Jeremy Smith, who stated that Roz had been a very hard worker and had zero complaints. He added that Roz had always gone one step beyond and that she would be greatly missed. 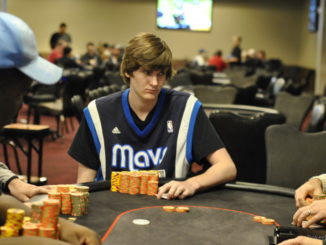 Mansionpoker.com colours are in fashion with stylish Italian site launch