They say that one has to be innovative to succeed in business, and it seems that one such “innovative” young entrepreneur was recently arrested as his tactics and methods were not really legal. His business model and the products he sold were not legal either. In fact, it is safe to say that the word innovation was used rather loosely in this context, as one of the possibilities was that the young businessman was just enjoying the benefits of his product too much.

Matthew Gorman of New Hampshire is a 32-year-old meth dealer who sold it on the casino floor of Encore Boston Harbor. Gorman was caught red-handed in September 2020 at the property owned by Wynn Resort. After he was busted, meth was found on him, in addition to two semi-automatic pistols and a total of three large-capacity magazines.

Massachusetts’ Middlesex County’s grand jury confirmed these charges. Namely, all casinos in the US have very detailed surveilling and monitoring systems all around the property. Therefore, Gorman has very little room for pleading non-guilty, given that there is plenty of evidence against him.

Casinos in Massachusetts opened their doors once again in July after the Covid-19-related shutdowns that took place all over the world. Because of that, the casino operated at limited capacity, and its security needed to be brushed on the edges a bit. However, it was still good enough to catch anyone who was trying to sell drugs on the gaming floor. In fact, reduced operating capacity made it easier for the security to catch Gorman while he was engaged in the illegal activity.

The Sentence for Gorman’s Crimes

Gorman’s entrepreneurial venture is now shut down, and the young drug dealer is facing some jail time for his crimes. It is still up to a judge to say what the final sentence will be, but he is probably not going to be happy with the decision. Massachusetts’ law clearly states that distributing meth comes with 10 years in prison and a $10,000 fine. Still, he was carrying big guns, so he faces five for every possession charge, and there are a total of five of them. In other words, Gorman now faces between 15 and 35 years behind bars.

Crime was a big issue for the Massachusetts gambling venues in the past couple of years, and Encore seems to have attracted some of the biggest criminals. Less than a year ago, the property was home to two altercations that took place during a single night, and police had to intervene both times. Still, Encore is not the winner when it comes to crime, as MGM Springfield, however, was entitled Crime Magnet by media back in 2019. That is not a great title to brag about. 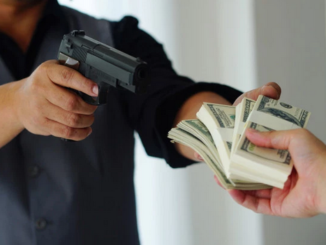 A Man from Milwaukee Robbed After Winning Two Jackpots