This game is going to be an intriguing matchup for a number of reasons, as the Washington Redskins are still in search of their first victory of 2019. Case Keenum has been getting the starts and grooming Dwayne Haskins on the side but has actually been solid for them. He was nearly unstoppable as he kept moving his team down the field throughout the second half against Chicago, almost completing a near-miraculous comeback. They have to win in Week 4 if they want any chance at being relevant this year, though.

The New York Giants, on the other hand, had an absolutely wild ride against the Buccaneers last Sunday after falling behind by 18 points in Daniel Jones’ first career start. They would lose Saquon Barkley to a nasty ankle injury, yet Jones did what Eli Manning has not done once in his entire career. He brought the team all the way back from the 18-point deficit to pick up a win and avoid an 0-3 start. Jones was slinging it, and Wayne Gallman did enough after coming in for Barkley.

The spread for Sunday’s matchup favors the Giants by three points, while the over/under is set at three points.

While they have amassed just 144 rushing yards through three games, including no run play going for over even 11 yards, the Redskins’ passing game has been very good. Keenum has thrown for 933 yards with seven touchdowns so far, connecting very well his young receiving corps. They have got some gems in there with seventh-rounder Trey Quinn and in Paul Richardson, along with rookie Terry McLaurin. They are not be messed with and could be in to give the Giants a boatload of trouble.

Their defense has seen five different players each record one sack, but nobody has really stood out there. Montez Sweat has a team-leading three tackles for loss, while they have recorded two picks so far. Look for them to put a lot of pressure on Jones.

Over the Giants’ last 19 games, it has been all about Barkley. He’s a tremendous rusher and pass-catcher and just picks up big yards on the regular. But now that he is going to be out one to two months, it has suddenly become the Wayne Gallman show. Jones impressed with four total touchdowns and proved that he can be mobile, something the Giants have not had at the QB position in a long time. They are still short-handed at the receiver spot, but this will be the final game without Golden Tate.

Their defense will have to put pressure on Keenum early and often so he can’t burn them as he did with Chicago.

Make sure your bets this weekend include Washington +3. Keenum and Jones will duel, but the visitors will pick up the win on the short week. 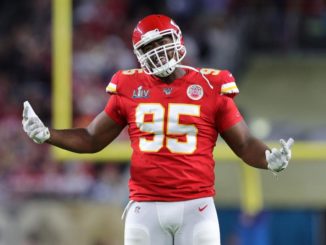 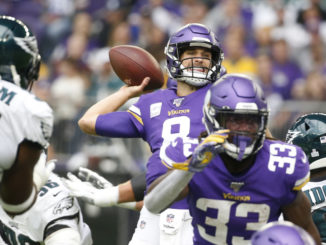 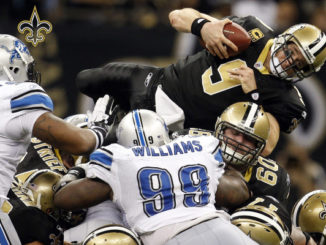