Through all of the injuries their top guys have been suffering, the wins just keep piling up for Toronto. No Lowry all this week has meant no problem. Kawhi Leonard and Danny Green, their prized offseason acquisitions helped power them by Miami in the waning moments on Wednesday.

Orlando is disappointing the NBA world once again, as after their hot start have come back down to earth. They are five games below .500, and besides Nikola Vucevic and Terrence Ross, cannot get consistency from anybody.

16 games over .500, and the best 36-game start they have gotten off to in franchise history, and they are looking like geniuses for sending DeRozan to San Antonio. The offseason additions have been superb, and the depth of this team is still as great as ever. As Valanciunas continues to sit with his hand injury for another few weeks, Greg Monroe is acting as a more-than-capable backup for Serge Ibaka, giving them instant offense on the bench, and doing a good job of crashing the glass. Aside from the poor year Delon Wright has turned in to date, there are almost no issues with this bunch.

They’ve got six players scoring in double figures, with Danny Green an unofficial #7 at 9.9 points per game. They have been shooting the three-ball very well, while Pascal Siakam’s instant growth has continued. The third-year pro from Cameroon is averaging 15 points, six boards, and three assists per game.

Yeah, things have not been going very well for this team of late. And this just goes to show that it does not matter who the coach is. They are just doomed to bad luck, and have been ever since they sent Dwight Howard to LA. Nikola Vucevic is looking like an All-Star with his 20 points, 12 boards, and four assists per game, but there is a steep drop-off after him. Evan Fournier and Aaron Gordon both average 15 ppg, but cannot be consistent. T-Ross is averaging 13 off the bench and shooting his jumpers pretty well, but he should not be one of the top options on a playoff team.

There is a lot of youth in this group, and guys who are supposed to be doing more at this point. Gordon is a budding star who has shown no signs of growth this year. Jonathan Isaac continues to battle injuries in his second year. The point guard position is by far the biggest weakness, with DJ Augustin and Jerian Grant as the options. Also, in regard to Augustin, he leads the team with 4.8 assists. Not so impressive. They need to share the ball more and find one guy to move it well. The 24 assists per game average is nice though.

We’re riding with the Raptors to win down in Orlando. They will not be slowed, and a strong effort from Kawhi will power them to their 27th win in 37 games! 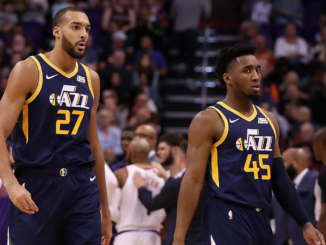 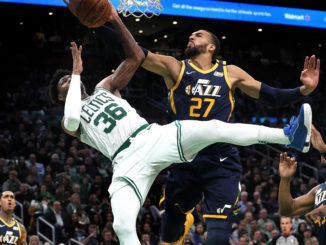 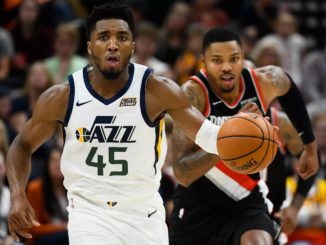