On Saturday night in Miami, the Oklahoma Sooners will face off against the Alabama Crimson Tide in the Orange Bowl in Miami Florida. The Sooners are 12-1 and are the 4th seed in the college football playoff. The Tide are 13-0 and are the 1st seed in the CFP. The winner of this game will face the winner of Clemson and Notre Dame to play for the NCAA title.

Both Teams Coming in Hot

The Oklahoma Sooners are coming off a 39-27 win over the Texas Longhorns in the Big 12 title game which cemented their spot in the CFP. Quarterback Heisman winner Kyler Murray was incredible, as he has been all season long. Murray went 25 for 34 for 379 yards and 3 touchdowns versus zero interceptions. Murray also added 39 yards on 10 carries on the ground. Trey Sermon ran the ball 10 times for 65 yards and scored the only rushing touchdown of the game for the Sooners. CeeDee Lamb was the man for the Sooners. He hauled in 6 catches for 167 yards and a touchdown, which is an average of 27.8 yards per catch. However, Lamb did lose a fumble in the red zone in this game.

Alabama is coming off a 35-28 victory over the Georgia Bulldogs in the SEC title game in their last time out. This was the most difficult game the Crimson Tide has played all year long and actually trailed by 14 late in the third quarter but scored 21 straight to take the win. Heisman finalist Tua Tagovailoa struggled in this one before going down with an ankle injury. Tua went 10 for 25 for 164 yards and 1 touchdown with 2 interceptions. He gave way to Jalen Hurts, who went 7 for 9 for 82 yards and a touchdown. Hurts also added the game-winning rushing touchdown. Josh Jacobs and Damien Harris combined for 135 yards on 17 carries.

Oklahoma Will Need to Up Their Defense

Oklahoma has been 1 dimensional this year relying heavily on their offense to win football games. The offense is averaging 49.5 points per game on 578 total yards. They have a balanced attack on offense, averaging 324 yards in the air and 254 yards on the ground. The defense, on the other hand, has been pitiful. They are allowing 32.4 points per game and 448 total yards per game. They allow 291 passing yards and 157 rushing yards per game. They will have to step up and make a couple stops against a strong Alabama offense if they want to have a chance in this one.

Alabama has been the best team in the country and have been tops in the country on both sides of the ball. The offense is putting up 48 points per game and 528 total yards per game, 326 passing and 202 rushing. The defense has been very strong, allowing only 15 points per game and 296 total yards per game. They allow 178 passing yards and 117 rush yards per game, but will face possibly the most prolific offense in college football in Oklahoma. Alabama quarterback Tua Tagovailoa underwent ankle surgery after the SEC Championship game and is expected to play in this one at less than 100%.

Alabama comes in at -14. While Alabama will score on nearly every possession in this one, they will have trouble stopping the Oklahoma offense just like all other opponents. This game will be a shootout, and 14 points is just way too many to give up in a playoff game. Take Oklahoma +14. 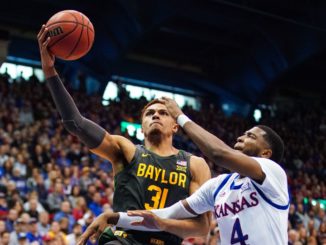 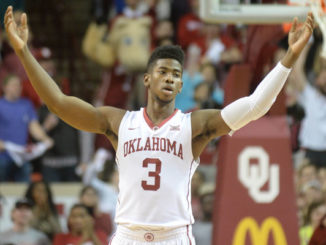 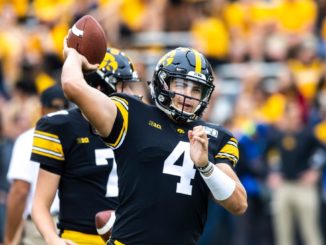