The Tampa Bay Lightning will host the Toronto Maple Leafs for Game 3 of a first-round best-of-seven series on Friday night. The Lightning and Maple Leafs are knotted up at one game apiece in the series heading into Game 3, with the next two games in Tampa Bay.

The Maple Leafs took game one on home ice in dominating fashion, winning 5-0. On Wednesday, the Lightning returned the favor in Game 2, coming away with a 5-3 victory to even up the series.

Game 3 is sure to be another exciting contest. Tampa Bay is listed at -115 over Toronto.

The Maple Leafs won Game 1 of the series, 5-0, on the strength of three-point nights from Auston Matthews and Mitch Marner, along with a shutout performance in net from goaltender Jack Campbell. Matthews finished with two goals and an assist, while Marner had a goal and two helpers, leading the Toronto offense. Campbell turned away all 24 shots sent his way, earning his second career playoff shutout.

Game 2 was a much different story for Toronto.

After a tight first period in Game 2, the Lightning took a 3-1 lead into the second intermission before exploding for two goals in the first six minutes of the third period. The Maple Leafs would put up a desperate attempt to come back late, but Tampa Bay ultimately cruised to a 5-3 victory.

Toronto’s powerplay has to get going if it hopes to get out of the first round. In the series thus far, the Maple Leafs are only 1-10 with the extra man.

Matthews and Marner have led the way for the Maple Leafs, with two goals and three assists apiece.

After being shutout in Game 1, the Lightning bounced back with a huge Game 2 victory. Behind a well-rounded offensive attack which saw five different players tally goals, the Lightning came away with a 5-3 victory.

Victor Hedman led the charge, scoring a goal while adding three assists in the victory. Nikita Kucherov also had a goal and two helpers for Tampa Bay.

A big key to the Game 2 victory was Tampa Bay’s success on the powerplay. After going 0-5 with the man advantage in Game 1, the Lightning scored three times on the powerplay in Game 3, going 3-for-7 overall.

Goaltender Andrei Vasilevskiy was better in Game 2, but he and the defensive unit in front of him must be better the rest of the series. Holding a commanding 5-1 lead in the third period of Game 2, Tampa Bay allowed Toronto to get back in the game late after two goals, including a shorthanded tally got through Vasilevskiy.

Tampa Bay has allowed eight goals over the first two games, a high number for a Lightning squad that allowed only 2.8 GA/G, sixth-best in the NHL.

While Toronto had an impressive road mark this season, (23-13-5), the Maple Leafs have lost its previous two road games, including an 8-1 loss to the Lightning in Tampa Bay.

Also, the Lightning have scored only five goals over the first two games, after averaging the seventh-best GF/G at 3.48 during the season. Toronto allowed 3.09 GA/G, 19th in the NHL this season.

The odds are both of those trends change now that the series has shifted to Tampa Bay. 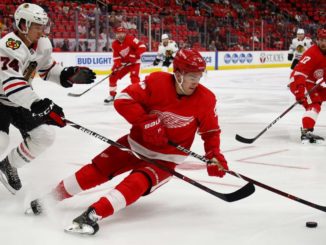 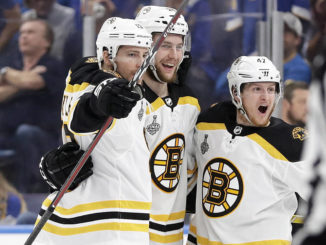 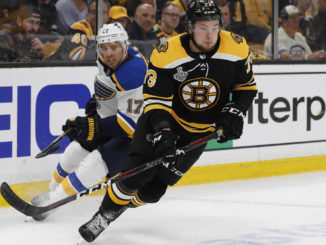