Eric Persson recently got in a debatable heads-up battle with Phil Hellmuth. He dislikes sleeves and is fond of talking about his achievements and plans. The two traits appeared to favor him in last Monday’s High Stakes Poker episode as they did last month when he faced the “Poker Brat.”

The ninth season’s episode 11 is accessible on the PokerGO application and didn’t have many big pots. Still, it had some exciting hands and an interesting table to watch.

It featured players from the previous week’s show, including Persson, DoorDash, Bryn Kenney, Krish Menon, Garrett Adelstein, Patrik Antonious, Stanley Tang, and Phile Ivey. But Ivey wasn’t too active like the other finalists at the table as it has been in this High Stakes Poker season.

Persson Locks in a Battle with “durrrr”

Persson got in heated play and stretched his middle finger to Hellmuth last month after winning a pot in the $25,000 buy-in PokerGo Tour Heads-Up Showdown. Poker fans who don’t know his playstyle can review his first few High Stakes Poker competitions.

The blinds that night were $500/$1,00 in the first hand when Dwan got in early position and opened to $3,000 with {q-Diamonds}{j-Hearts}. Tang used {2-Spades}{2-Hearts} to call in middle position while Menon held {q-Hearts}{10-Hearts} and Persson {7-Clubs}{5-Clubs}. Kenney followed closely with {3-Diamonds}{3-Clubs} in the big blind despite facing recent online poker cheating accusations.

Persson sat on trips and increased it to $16,000, thus scaring other opponents except “durrrr.” The latter only had queen-high as the former made a call and hit a {q-Clubs}. The two players checked as action increased on the {7-Diamonds} river.

Dwan placed a $31,000 bet as Persson busted a speech play joking that he thought 31 was 36. He added that he would fold if indeed it was 36 and wanted Menon to blink twice if he thought he should continue playing.

Persson later gave Menon his cards to check keenly. The latter returned the two cards while giggling and placed an all-in $164,000 wager. Persson informed Dwan that he probably had deuce-seven, but Patrik Antonious failed to snap—call.

Dwan made an accurate fold and gave up a $243,500 pot. Persson’s speech play gave him an advantage several times, and he flopped a king-high flush hand against Kenney’s set.

Stanley Tang and Krish Menon are wealthy investors who played a wild pot which made viewers eager to know what either of them thought on the river.

The flop turned {a-Diamonds}{3-Hearts}{10-Clubs} as each player checked before the {4-Hearts} appeared on the river. Menon used sixes to place a $9,000 bet as Tang checked to his set. The latter chose a huge check-raise to $31,000 after action folded to him. 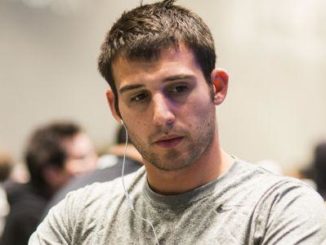 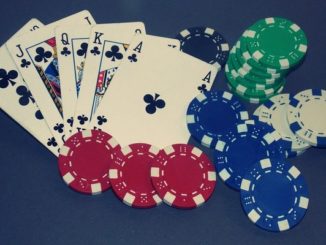