The Blues have been a streaky team, having a losing streak that reached eight games, followed by a winning streak of seven games. But a 6-2 loss to Buffalo on Wednesday is something they hope to immediately overcome and get back on track.

The Blues rank in the bottom of the league, ranking 23rd in scoring 2.8 goals per game, and defensively are 22nd in allowing 3.4 goals per game. They are 20th in 30.3 shots per game and 10th in power play percentage, converting 23.5% of the time.

Defensively they are 23rd in allowing 33.5 shots per game and last at only killing off 68.2% of power plays. Special teams are going to make an impact in this game.

Brayden Schenn and Robert Thomas each have 17 points to tie for the team lead. Schenn’s six goals are tied with Jordan Kyrou for team highs.

Lightning look to get back on track

The Lightning had a four-game winning streak snapped in a 5-3 loss to the division-leading Boston Bruins on Monday. It showed Tampa Bay can be competitive and is an above-average team in the league.

The numbers back it up, as they are 11th in scoring 3.4 goals per game and 14th in getting 31.8 shots per game. The Lightning’s power play percentage of 25% ranks ninth.

Defensively they are 14th in allowing 3.2 goals per game and 13th in allowing 31.2 shots per game. Special teams have room for improvement as they kill off 78.1% of power plays to rank 18th.

Nikita Kucherov has 28 points with a team-high 18 assists and ten goals, tied with Steven Stamkos (21 points) for the team lead in goals. Those two make up half the team with double-digit assists already.

Public betting data likes the Lightning to win the game outright with 70% of the bets while 56% are on the under. In the last six meetings, the Blues are 5-1, and the over is 4-1 in the last five meetings as the home team.

The averages certainly favor the Lightning despite the Blues playing better as of late. We like the Lightning to win outright and cover the puck line while taking the over. 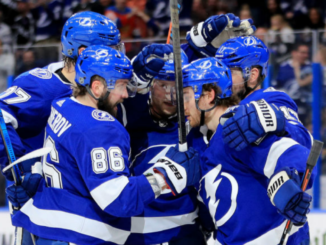 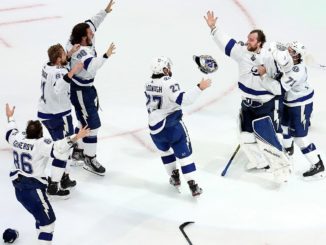 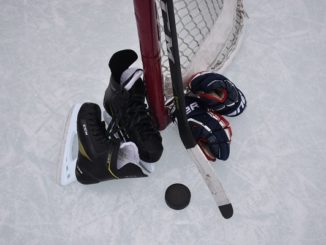