>> Bet on Monday Night Football at our favorite sportsbook — 5Dimes

There is not another team with more quarterback issues than the Denver Broncos. Trevor Siemian is going to get the start, but Brock Osweiler is lurking behind. Also, waiting in the wins is Paxton Lynch, but he is currently injured. The quarterbacks will still see DeMaryius Thomas and Emmanuel Sanders as their top targets.

The running game for Denver starts with C.J. Anderson. The running back should get all the looks, with just Devontae Booker behind him. Denver is at home in their first two games of the season, before they go on the road and take on the Buffalo Bills in Week 3 of the season.

While the game is not in Los Angeles, and they will not yet play in Los Angeles, this is the first regular season game for the Los Angeles Chargers. The Chargers will host the Miami Dolphins next week, before welcoming the Kansas City Chiefs to town in Week 3.

Los Angeles will look at Mike Williams, their first round draft pick out of Clemson. The Chargers drafted him 7th overall. He will join with Keenan Allen and Tyrell Williams. The top running back for Los Angeles is third year man Melvin Gordon. Phillip Rivers starts his 13th season with more than 45,000 passing yards in his career.

This should be a great Monday Night Football game. It’s too bad this game is going to happen super late on Monday night. The two teams have played some great games in the past, and the talent gap is not too far away between these two teams. The home team has a bit of the advantage for that reason.

The Denver Broncos are known for their ability to defend. They are going to have a plan to get to Phillip Rivers early and often in this game. That leads us to the bet of the Denver Broncos -3.5 over the Los Angeles Chargers on Monday Night in Week 1 of the National Football League season. 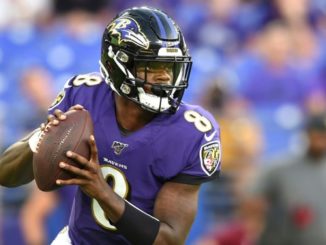 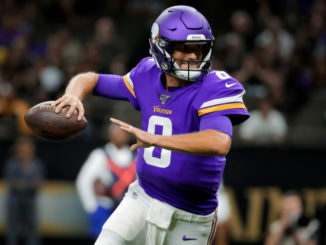 FanDuel Ready for New NFL Season with Addition of Scout