The two teams have met twice this year, splitting the season series thus far. On March 6, the Rockets took down the Thunder 122-112 on the road. The Rockets currently have the one seed locked up. Houston is -7 over Oklahoma City on Saturday.

Rockets are the Hottest Team in the West

Since the beginning of February, the Rockets are 28-3, tops in the NBA over that span. They are led in scoring by James Harden, who scores 30.6 points a game. They are well rounded though, with six guys scoring in double-digits.

The Rockets shoot the long ball at an enormous rate shooting over half their field goals from behind the arc. They score 112.9 points a game to help hold the best record in the National Basketball Association.

The Thunder sit two games behind the fourth seed so with a win they could potentially be able to slide up into that spot before the end of the season but with a loss, they will not be able to catch the Jazz, who occupy that spot. This would be an awful result for the Thunder who traded for Paul George and signed Carmelo Anthony to help Russell Westbrook with the departure of Kevin Durant two years ago.

If the Thunder lose, they will fall to 45-35, just a half game out of missing the playoffs. The trio of Westbrook, George, and Anthony won’t let that happen though as the three are looking for a playoff spot and to show the league that they can play at a high level. Westbrook leads the team in points, rebounds, and assists.

Thunder Win on the Road and Clinch a Playoff Spot

Westbrook isn’t going to let the Rockets beat him. Look for him to have a massive night and the Rockets to shoot the ball a ton from behind the arc. The Rockets have locked up the first seed so they don’t have much to play for. This should be a fast paced game with a lot of points.

Look for Westbrook to do a lot of damage going to the rim and George and Anthony to step up to get the win. This could be the last time the Thunder have a realistic shot at winning a championship with George likely leaving after this year and Anthony’s age. Bet the Oklahoma City Thunder +7 over the Houston Rockets. 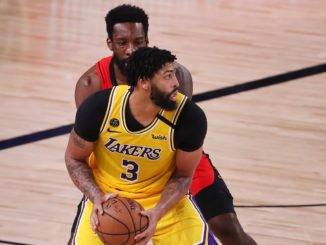 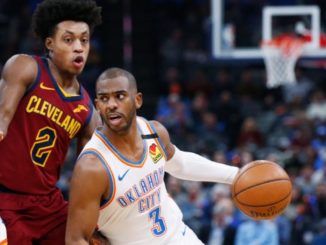