The Atlanta Hawks head to Cleveland to face the Cleveland Cavaliers at 6:30 p.m. ET in a play-in tournament elimination game. Atlanta advanced past Charlotte with a 132-103 win on Wednesday while Cleveland rested at home after losing 115-108 to Brooklyn on Tuesday.

Playing the second game of a back-to-back, Atlanta will be tested against a team it took two out of three from. In Wednesday’s win, the Hawks (44-39) had six guys in double figures, led by Trae Young’s 24 points.

Cleveland (44-39) led the Eastern Conference for several weeks in the early and middle parts of the season, and even after some roster-improving moves to get healthy players, they started to dip in the standings.

Darius Garland turned in an All-Star campaign while averaging 21.7 points and 8.6 assists per game this season. Nobody stepped up more than he did after an early-season injury to young guard Collin Sexton, and then reserve Ricky Rubio. That carried into Tuesday’s game against Brooklyn where he scored 34 points in a losing effort.

Caris LeVert came over via trade and needs to step up if Cleveland wants to advance to a series with the Miami Heat. Evan Mobley has had a solid Rookie of the Year campaign and is part of a frontcourt featuring Lauri Markkanen, Kevin Love and Jarrett Allen, who is likely out with a finger injury.

It’s a strength versus strength meeting as Cleveland is fifth defensively, allowing 105.7 points per game. The Cavs held teams to 45.2% shooting, the eighth-best mark.

The Hawks have the sixth-best scoring offense at 113.9 points per game and ramp up the efficiency ranking seventh in field-goal percentage at 47.0% and second in 3-point percentage at 37.4%. That, and their 81.2% free-throw shooting percentage which ranks fourth, is why the Hawks are favored.

Young averaged 28.4 points and 9.7 assists per game for Atlanta, likely an All-NBA performance. The Hawks also have six players averaging double figures, including rim-running center Clint Capela who averaged a double-double at 11.1 points and 11.9 rebounds per game.

Pace will certainly be a factor in this contest and if the Hawks can generate transition opportunities off live-ball turnovers and rebounds, they could easily run away from Cleveland.

So far, 74% of the money is on Atlanta against the spread and 54% on the over, which seems like a good pairing if that’s the team to bet on. When the two teams meet in Cleveland, Atlanta is 1-5 against the spread over the last six games and the over is 15-5. We’ll go against the public and pick Cleveland +2.5 and go under 225. 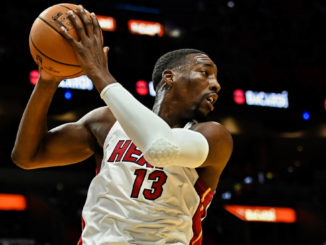 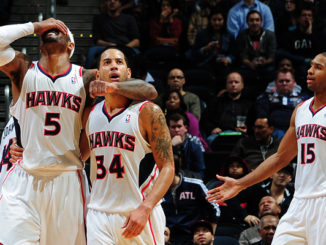