It was truly only a matter of time before innovative ways to keep fan interest and keep the business booming came about after gameplay was stopped. As players have been quarantining and isolating themselves from their immediate surroundings and one another, the recovery process has begun.

And thankfully, most players that were diagnosed with COVID-19 have recovered. And so now, the newest idea is on the table.

Back in 2009 and 2010, NBA All-Star Weekend had H-O-R-S-E as a Saturday night event. It was not the most exciting competition, but it was definitely enjoyable.

Rajon Rondo and Kevin Durant were both making shots from all over the place after Omri Casspi was eliminated. But the ratings were not there, and after that second year, the idea of keeping this for a third year quickly flew out the window.

But now, with uncertain circumstances befalling the league and gameplay likely still several months (at the least) away, they are trying to do what they can to have their stars continuing to showcase their ability on national television.

This would likely have to be a situation where players were self-quarantining in an area near where the courts are, with cameramen and any live crew making a minimal amount of contact to avoid repercussions of what could happen.

This was just thrown out Saturday after President Trump had a conference call featuring all major American sports league commissioners. Whether or not it was a result of what they learned on the call is unclear, but it could certainly get some viewers.

The best matchup for any of the showdowns would be a Trae Young, Stephen Curry and Damian Lillard game. Imagine how deep they will all be pulling from, and given the accuracy they all shoot the 30-plus-footers with makes it absolute entertainment.

Another great would be Derrick Jones Jr., Aaron Gordon, and Zach LaVine. A dunk contest version of H-O-R-S-E would be unbelievable television, with players throwing down 360s and even 540’s while going through the legs and off the backboard.

There is some serious potential if the likes of those guys got together to play. This is, of course, hypothetical as we are likely several weeks away from any kind of game taking place.

Not surprisingly, Paul Pierce offered his services to the league if they are looking for it. Pierce is a rare example of a long-time star who finished their career in a small role and not scoring too many points.

He has been in the spotlight since then for his wild predictions and trying to overshadow an Isaiah Thomas video tribute for his own to get shown. But, in his prime, he was an absolute sniper who was a supreme trash-talker.

He hasn’t played in BIG3 yet, so we have not seen him do much more than get shots up during pre-game while working in the studio for ESPN. But the thought of him coming back and showing what he has is enticing. 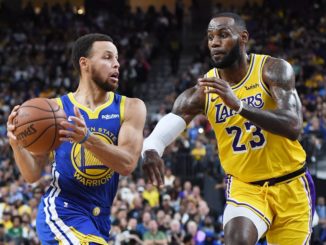 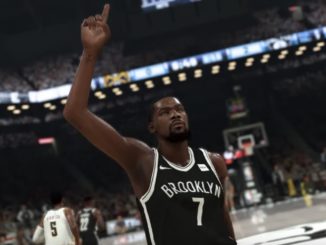