Week 4 of the NFL season ends on Monday night with an NFC West rivalry game between the Los Angeles Rams and the San Francisco 49ers.

The Rams beat the 49ers in the NFC Championship Game last season, but San Francisco has a six-game winning streak over the Rams during the regular season. The 49ers are listed as 1.5-point favorites at home on Monday, with the over/under set at 42.5 points.

It’s been a rather disappointing start to the season for the 49ers. They lost amidst a rainstorm to the Bears in Week 1 and came one point short last week against Denver. However, the 49ers dominated the Seahawks 27-7 in their only home game of the season, putting them at 1-2.

As for the reigning champs, they were out-classed by the Bills in their season opener. But the Rams have looked more like themselves the past two weeks, beating both the Falcons and the Cardinals.

They can retain their lead alone at the top of the NFC West with a win on Monday night; otherwise, they will be tied in what should be a competitive division once again.

Despite the Rams winning back-to-back games, Matthew Stafford hasn’t looked like a quarterback who’s fresh off a Super Bowl win.

While he was turnover-free last week, Stafford has already thrown five interceptions this season, which is more than his touchdown passes. The Rams also rank 30th in the NFL in rushing yards, so they are relying too much on Stafford, Cooper Kupp, and the passing game.

Fortunately for the Rams, they still have plenty of talent on defense to help out Stafford and the offense. The Los Angeles defense remains strong at the line of scrimmage, holding opponents to under 100 rushing yards in back-to-back games.

Of course, Aaron Donald also remains a game-changer as a passer rusher, helping the Rams to collect seven sacks in three games.

Jimmy to the Rescue

While he wasn’t in their plans this season, Jimmy Garoppolo is back as San Francisco’s starting quarterback. Unfortunately, Garoppolo’s first start of 2022 was problematic on several fronts, as he threw an interception, lost a fumble, and accidentally run out of the end zone for a safety, which ended up being the difference in last week’s 11-10 loss in Denver.

But it’s not all bad news, as the 49ers are averaging over 150 rushing yards per game while Deebo Samuel and Brandon Aiyuk give them options in the passing game.

Meanwhile, the San Francisco defense ranks third in the league heading into Week 4, allowing just 12.3 points per game. The 49ers boast difference-makers at all three levels, most notably Nick Bosa, who already has four sacks in three games.

However, there’s no doubting that the 49ers have played some of the weaker offensive teams in the league thus far, so facing the Rams will be the biggest test of the season for the San Francisco defense.

While the 49ers have had their way with the Rams in recent years, things may have changed with last season’s NFC Championship Game. The 49ers are either going to need a standout performance from their defense or a much-improved effort from their offense.

They enter this game with far too many questions as a favorite, so bet on the Rams to win on the road Monday night. 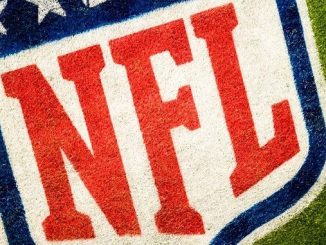 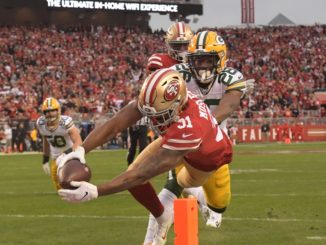 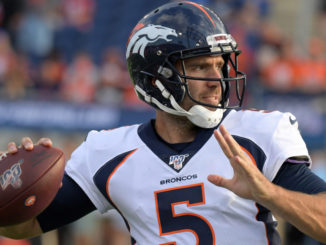