The long wait for the return of college basketball will hopefully be worth it on Thanksgiving Day when the no. 1 Gonzaga Bulldogs take on the no. 6 Kansas Jayhawks. The game will take place on a neutral court in Fort Myers, Florida, as part of the Fort Myers Tip-Off. Despite both teams having to travel, the Bulldogs are still considered a rather chalk, 4-point favorite.

Kansas is probably more upset than anyone at the 2020 NCAA Tournament being canceled. The Jayhawks were one of the top favorites to win the national championship before everything was shut down. However, Bill Self always finds a way to reload quickly, and the Jayhawks are once again on the shortlist of championship contenders.

Meanwhile, many people believe this could finally be the year that Mark Few’s Bulldogs take home the national championship. Despite losing some key players from the team that finished 31-2 last season, Gonzaga is the preseason no. 1 team in the AP poll. Of course, the Bulldogs have to take advantage of early-season non-conference games because once the West Coast Conference season starts, they may not be tested much until the NCAA Tournament.

There are big shoes to fill in the Gonzaga frontcourt with Killian Tillie and Filip Petrušev no longer with the program. The big men were the biggest strength for the Bulldogs last season on a team that was the most potent offensively in the country. However, senior forward Corey Kispert is still around and has All-American potential. Meanwhile, Few is hoping that sophomore Drew Timme can take a big step forward and help replace Tillie and Petrušev after giving the Bulldogs 9.8 points and 5.4 rebounds per game last year, primarily coming off the bench.

However, it’s in the backcourt where we’ll see how good the Bulldogs are this year. Joël Ayayi will have a big role to play as one of Gonzaga’s most experienced guards. Fortunately, a somewhat average backcourt last season will get an injection of talent from freshman Jalen Suggs and Southern Illinois transfer, Aaron Cook. Suggs is one of Gonzaga’s highest-rated recruits ever and should be a factor from Day 1 as a consensus five-star recruit. Cook, on the other hand, is more of an X-factor, although he averaged 15 points per game for SIU early last season before breaking his hand and taking a medical redshirt.

The Jayhawks have the difficult task of replacing Udoka Azubuike and Devon Dotson from a team that was 28-3 before the shutdown last season. With Dotson gone, the scoring responsibilities fall to Marcus Garrett, although he averaged a modest 9.2 points per game last year. The Jayhawks will also look to Ochai Agbaji, freshman Bryce Thompson, and junior-college transfer Tyon Grant-Foster to pick up the slack.

However, replacing Azubuike will be next to impossible. He was impactful at both ends, and no single player can come close to filling his shoes. David McCormack is the only returning player who gives the Jayhawks a similar size in the middle of the floor. He’s certainly not the same offensive player as Azubuike, so interior scoring could be an issue for Kansas.

The assumption is that Gonzaga’s backcourt will be fine. It’s not as if it’s a given that the Jayhawks will be able to dominate them with Garrett and Agbaji moving into bigger roles. At the same time, the Bulldogs have a clear advantage in the frontcourt with Kispert, which should be enough to put them over the top. Bet on the Bulldogs to win and cover the 4-point spread. 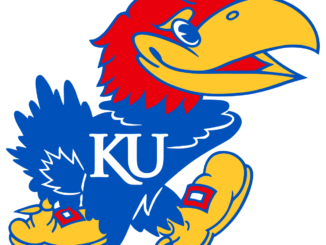 Free Betting Tip for West Virginia vs. Gonzaga in the Sweet Sixteen